A Bench led by Justice U.U. Lalit considered the factual aspects of the case to grant him bail, including that he is 82-years old and his medical condition has still not improved.

The apex court noted that Mr. Rao was taken into custody in the case in August 2018 and has actually spent two-and-a-half years in custody leaving aside the limited interim bail granted to him in February 2021.

The Bench said other factual details lead to granting him regular bail in the case, including that the authorities were still to apprehend some of the other accused persons.

Read more »
Posted by maoistroad at 9:14 AM No comments:

INDIA: Kerala for the 9th of August (ICSPWI)

Posted by maoistroad at 9:10 AM No comments:

The organic link between Mfpr and PCm Italia - The MFPR as an organism generated by the party – the Italian "anomaly", the specific contribution that the PCm Italia brings to this decisive field of the revolutionary class struggle, as an application of the MLM.

We often hear from MLM Parties and Organizations, at the international level, declarations and certificates of appreciation of the RPFM and its work. This, if on the one hand testifies how in recent years the Rpfm has also contributed to MLM Parties and Organizations  to understand and sometimes even to apply the conception and line of the revolutionary proletarian feminist movement, or parts of them; on the other hand it seems to us that it is still not well understood that the Rpfm is PCm;  that there is the Rpfm, its work, because it is an organic part of the PCm, it is guided by the ideology, theory, practice of the PCm. Some P and O even tend to separate Rpfm and PCm, as if to say: the work on the ground of the RPFM is good, the general work of the Party not so much, or not at all.

We oppose these positions. They are, whether we like it or not, a contrast between RPFM and Party and denial of the role of PCm Italia.

If "the rpfm works well" this is the result first of all and above all of the strategy, principles, guidance, indications, internal ideological / theoretical struggle of the Maoist Communist Party of Italy; therefore there can be no recognition of the RPFM without recognition of its Leadership that in its Theses has placed the women's question as central, hence the indication of the "revolutionary proletarian feminist movement", developed and made flesh and blood by the women comrades, above all, and not by chance, leaders comrades of the PCm.

The Rpfm is part of the "specific thinking" of the PCm and its Direction; "specific thinking" in the sense of application to reality, through a concrete analysis of the concrete situation, of the Marxist-Leninist-Maoist principles, treasuring the positive and negative advanced experiences, the contributions on this ground coming from the people's wars and the attempts in the capitalist/imperialist countries.

It is the concretization of the basic slogan of the work of building the Communist Party mlm of a new type: "in the fire of the class struggle in close connection with the masses"; conception, theorization and consequent praxis that our Party carries forward, with all the difficulties and steps forward and steps backwards, and which is also the terrain of Active Ideologic Struggle and Two Lines Struggle, in the communist movement at the international level, especially in Europe.

WHAT OUR THESES SAY:

The role of women in the Communist Party, as it is addressed from the beginning, is a strategic issue, a discriminating factor if we want to build a communist party of a new kind today.

The condition of oppression of women, of 50% of humanity, which far from diminishing is increasingly weighed down and made unbearable by this imperialist system with new forms and return of old forms of exploitation and sexual oppression, with heavy attacks on both living and ideological conditions, shows once again the historical MLM truth that great social changes are impossible without the ferment of women and that the outcome of the revolution depends on the degree of  participation of women.

The P. must lay down the ideological and organizational conditions for a full development of the revolutionary militancy of women, especially proletarian women, and to place them in a leading position in the organization and in the people's war.

The historical critical balance of the revolutionary movements and parties shows that this is not taken for granted, and that an ideological, practical, political struggle must be developed against the permanence in the P. of bourgeois, sexist conceptions of privilege, against a mere “acceptance in principle" of the women's question that is not transformed into material force.

We affirm that the condition of double exploitation and sexual oppression of women, from a condition of inferiority, subordination, is the basis of a radical struggle and a revolutionary determination of women to break not only a chain, but all the chains of the bourgeois social system.

This is the objective condition that leads us to say that women in the P. can and must be vanguard (we call the "left of the left") in the struggle for a truly revolutionary party.

This, in the active ideological struggle, means making women a driving force of the continuous destruction of bourgeois practices and ideas, of the struggle for the permanence of these ideas, but also of the new forms that in the absence of a continuous Active Ideological Struggle are continuously reproduced even in the P.  It is necessary in the application of Marxism-Leninism-Maoism to the reality of our country to affirm the teachings of Mao and the GPCR. From it we draw the great truth of developing the "revolution within the revolution" and the need for women to strongly grasp this struggle already in the party, strengthening the red line in the P.  so that every militant may be, not only in words, an instrument and target of the revolution.

Hence the need to give an answer, applying the M-L-M to the reality of our country, to identify the necessary weapon to advance and integrate women in the P., to make the comrades leaders of the P. and the P.W., to translate into material form the slogan of "unleashing the fury of women as a powerful force of the revolution"

This weapon, in the light of our experience and reflection, is concretized in the conception and development of the Revolutionary Proletarian Feminist Movement.

THIS CONCEPTION IS BASED ON A CONCRETE ANALYSIS /BALANCE IN OUR COUNTRY, BUT NOT ONLY, OF THE SITUATION OF THE WOMEN'S MOVEMENT

In the general framework of the class and its movements of struggle, in the area of self-organization, among the communists emerges and there is a need for a new protagonism of proletarian women, of young revolutionaries, of women comrades, the need to overcome the narrow limits that the existing organized forms have in fact imposed on them. A certain suffering emerges among the women comrades for practical policies and ideologies that instead of favoring stifle their revolutionary energies and potential.

It is necessary that these demands be gathered and organized against petty bourgeois feminism on the one hand, and in distinction from the mechanistic and reductionist conceptions present in revolutionary and Marxist-Leninist organizations on the other.

The feminist movement of the 70s had the merit of mobilizing substantial masses of women, producing protagonism, struggle and political visibility, embodying them, albeit within the limits of its class composition, needs and interests, revealing the role of sexual oppression and the sexist and male chauvinist nature of capitalist society and the role of the family as the founding cell of female subordination. This led to a break with the reformist and revisionist practice of the PCI, which had reduced and ghettoized the heroic experience of the partisan women comrades fighters and militants of the party in the sterile women's commissions; but at the same time it highlighted and undermined the subordinate role of the women comrades within the communist and revolutionary organizations.

In the phase of the reflux of the movement in the early 80s, the hegemony of bourgeois and petty bourgeois feminism over the entire movement was consolidated with the assumption of the theories of "difference" and "entrustment" and the consequent development of the political practice of "separatism". This in fact marked the self-ghettoization of women and initiated processes of emptying the revolutionary explosive charge of the initial phase.

These theories, denying the historically determined origin of sexual difference, based on the birth of private property and the division into classes, placing it instead as a natural, original, and in this sense immutable condition, pursue the objective not of the radical change of this society but of its pacification / transformation thanks to the development of a female theory and practice to be imposed on the "male society". This elaboration reflects the need of bourgeois and petty bourgeois women and feminists to count more, to carve out ever more substantial areas of power within this bourgeois system; thus we understand the descending and reactionary parable of these women who today flank the governments, parties, institutions that daily attack the most elementary rights of women, in general and of the proletarians in particular, reproposing with theories such as the end of patriarchy, the modernized forms of sexual oppression

The revolutionary organizations and the m-l parties, both, have not been able to provide a just response to the demands of women's revolution-liberation. The revolutionary organizations (e.g. Lotta Continua) have reproduced in militant practice the roles of man and woman, with relationships marked by a male chauvinist conception, disguised as a “workerist”; in this situation the contradiction has become disruptive so as to affect and provoke their crisis-dissolution.

The m-l parties generally based on an analysis of vulgar materialism, have mechanically made the struggle for the socialist revolution coincide as in itself the solution of the emancipation on all levels of women, this has contributed enormously to distance feminine energies from the ideals of socialism and from the revolutionary militant commitment. On the other hand, the attempts to put the women's question at the center, also in the field of m-l, grasping the explosiveness of sexual contradiction, then fell into forms of prefiguration and idealist educationism.

The failure of these paths, which in different forms have in fact disarmed women, especially proletarians, makes it all the more evident that only a Communist Party of a new Maoist type sets the ideological and organizational conditions to free the fury of women, and within them as the vanguard of proletarian women, as a powerful force of the revolution and affirm its leading role.

THE LINE AND PRACTICE OF THE RPFM, THE CONCEPTION THAT GUIDES IT IS INTERNAL TO A CRITICAL / SELF-CRITICAL BALANCE, WHICH HAS BEEN AND IS ON THE ALERT PRECISELY TO THE PETTY BOURGEOIS RISK OF SEPARATING RPFM AND MAOIST COMMUNIST PARTY.

Posted by fannyhill at 9:08 AM No comments:

Publicado por dazibao rojo
Posted by maoistroad at 9:07 AM No comments: 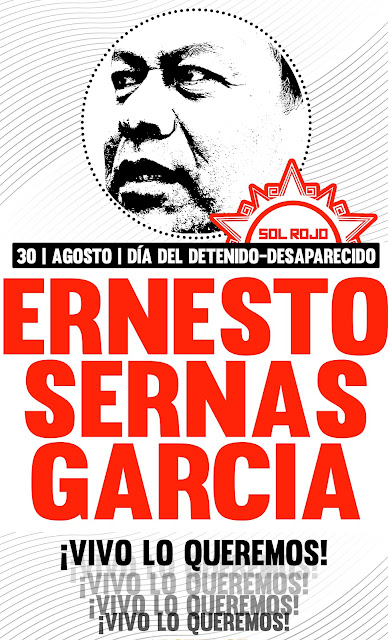 Posted by maoistroad at 8:09 AM No comments: 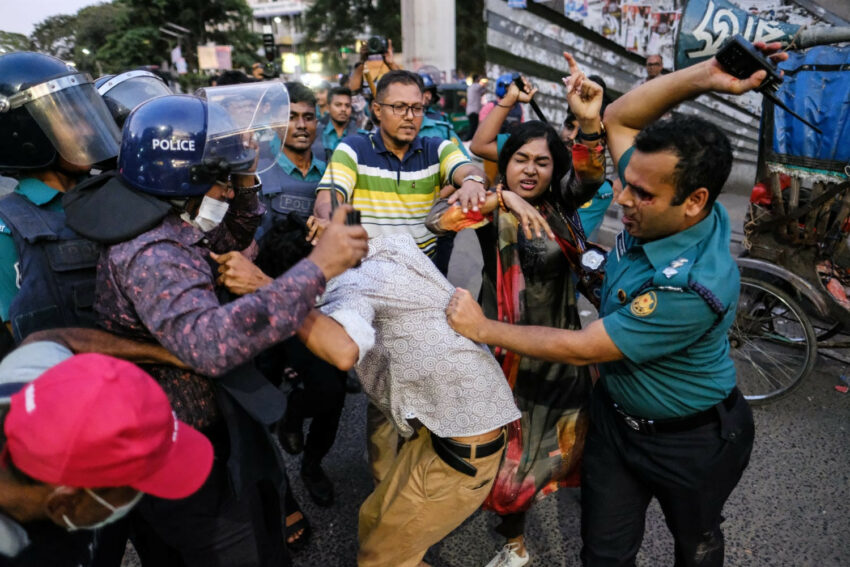 Posted by maoistroad at 1:57 AM No comments: 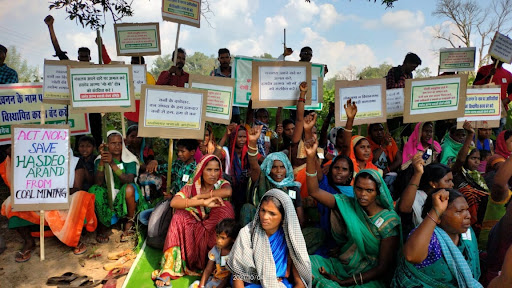 Read more »
Posted by maoistroad at 1:46 AM No comments: