Posted by maoistroad at 7:37 PM No comments:

Long live May Day – international struggle’s day of world proletariat!
The most dangerous virus is the imperialist and capitalist system!
Let’s advance towards the proletarian revolution in all the world!

This year on the May First the squares of all over the world will not be crowded by workers, women, exploited masses celebrating the International Day of the proletariat, on the banner of unity, proletarian internationalism, fight against imperialism, capitalism throughout the world, because of the terrible pandemic which is killing in every corner of the world and the state of emergency declared by imperialist states and governments using the Coronavirus.
This pandemic is caused by the imperialist and capitalist world system and the deaths are the result of the thirst for exploitation and profit of the capitalists who attacked the world environmental system by bringing out its aggressive load against the health and life of human beings and all species of the earth.
The capitalists have trasformed the public health system in a business very lucrative for private companies and the pandemic found open field , becoming a massacre that still endangers many lives of proletarians and people.
For the capital, even in the face of the pandemic, the main issue is to continue producing for its profits and while everyone is called to stay at home, imposed to workers to produce in all conditions, well beyond the needs to guarantee the essential goods.

Capitalism has eslaved also the science for its interests, for producing more and more sophisticated weapons and stopped the development of the search of remedies for diseases affecting the proletarians and people’s masses in imperialist citadels and even more in the countries oppressed by imperialism, and now all the world is rather unarmed in the face of the pandemic’s development.
Capitalism has created the "furnaces of the world" like Wuhan in which the conditions of work, life, social organization imposed by capitalism fueled the outbreak of the pandemic which then extended, affecting the European imperialist countries in the heart, and the very heart of the US, the major imperialist power, while the threat of its tremendous expansion looms in the regions of the oppressed countries of the world, from Africa to the Middle East and Arab countries, to Latin America
Imperialist and capitalism shows themselves as the bigger source of death and destruction than any pandemic that has struck the human society in history.

While the dead are buried and even metropolitan cities are trasformed into hospitals, all this makes proletarians cry out today:
Enough with capitalism/imperialism and its killer system!

States and governments all over the world imposed a state of emergency, nearly a militarized state to face the epidemic, not avoiding the use of violence and repression in many countries against the poor, homeless, migrants who just ask to survive.

For this reason, on this May First the cry against the imperialist masters and all the bourgeoisie and ruling classes of the world must rise loudly in all forms.
You are responsible! Death to imperialism!

However, the pandemic found strong resistance from the workers and sectors of the masses which -even under the State of emergency and the bans on strikes and demonstrations- emptied factories, with strikes, mass abstention, resistance, often with a hand-to-hand combat, struggling for protection measures, for an extraordinary increase of hospitals, doctors, health workers, for the right to keep wages, the job if they are sent home, for a guaranteed wage for all proletarians without income.
Italy, one of the most affected countries, has been also a center of proletarian and people’s resistance and opposition to masters and government, useful to other countries affected by the spread of the virus have been the scene of widespread proletarian and people's resistance and opposition against the bourgeoisie, its State and governments. Even in a state of emergency it is possible to struggle and win, to develop people’s solidarity and if the genuine communists are in the front row of this struggle, this resistance is a fundamental weapon to prepare, within the so-called “Corona/crisis”, the fight against the devastating new stage of the world is emerging capitalist crisis - worse than the effects of the financial crash of 2007-2008 and is expected to be worse than the crisis of the capitalism in the 1920s - which was ongoing before the outbreak of the coronavirus and now is added to as cyclic crisis of the world capital system, affecting all aspects of its life and nature and all corners of the world.

In order to survive, capitalism seeks to unload the burden of such crisis on the proletarians and oppressed peoples of the world, with the rapid swelling of numbers of unemployed , precariousness, absolute and relative impoverishment also in the very heart of the imperialist and capitalist countries, in addition to the hunger, poverty which already affect all the peoples of the countries oppressed by imperialism in the world.
But precisely this intertwining between the economic crisis and the pandemic unmasked the world capitalist system, its states, its governments, engaged to turn all into profits and capitals.
It fuels the struggle of the proletarians and people’s masses and creates better subjective conditions, favorable to the common struggle, in the world and in each country, to overthrow this system and establish, through new democratic revolutions and socialist revolutions, a new socialist society marching to Communism.
Socialism is the economy in the hands of the proletarian state, able to achieve all that is proofed capitalism and imperialism can not achieve in this dramatic world situation. Capitalism and imperialism are destruction, socialism is the building a new society that can free the masses from the chains of exploitation and oppression and to give in their hands the enormous potential of scientific development to free humanity from the risks for their health, from the environmental devastation that endangers their survival.

This situation shows the great actuality and strength of Marx, Engels, Lenin, Stalin, Mao and the great historical message that comes from the three stages of the revolutionary struggle of the proletariat.
From the Paris Commune to the October Revolution to the Great Proletarian Cultural Revolution in China they have shown that the march of the proletariat and of the oppressed peoples and nations is unstoppable; it may suffer defeats, but it is nurtured by these experiences to develop the thought and the action which allows it to face ever more strongly the historical circumstances that lead to the protracted final clash between capitalism/imperialism and socialism and communism.
This May 1st we are looking at a scenario of a new wave of the world proletarian revolution which indicates to the proletarians and the people’s masses its urgency and necessity.
The objective potential of the situation can become reality if the proletariat builds the tools for revolution in the fire of the class struggle in the current situation.
First of all the construction of Communist Parties as organized vanguards of the working class, as vanguard political fighters, war machines and leading cores of all the people, in the heart of the imperialist citadels, in unity with the path already undertaken by the communist parties in the countries oppressed by imperialism which developed and lead the protracted people's war in the countries oppressed by imperialism.
The United Front of proletarians and people’s masses that the 'pandemic' capital fuels and favors because it shows not only to the exploited as always but to a large part of humanity that nobody can live under a system in which dominion is in the hands of a handful of masters enriched by exploitation, by finance and who for their profits and wealth do not hesitate to put the lives of billions of people at risk.
The military force of the proletarian, farmers and people’s army which is the true and fundamental response to the state of emergency that the bourgeoisie builds in absolutely new forms and contemporaneously in the world, using the coronavirus to delete any form of democracy and propose itself as a global open dictatorship, calling, therefore, proletarians and popular masses to understand that even the everyday struggles, for their own health and life, for their own rights, demand the struggle against the bourgeois state and forge the experiences that in order to respond to the war on proletarians and people, it needs the class war, the revolutionary war, the people's war.

Can bee that this May 1st let the squares be emptied - though in many parts of the world even on this special and particular day the actions of the proletariat and the red flags of the revolution will not be missing- but imperialism has created the conditions so that these squares are filled with a mighty revolutionary movement, the armed sea of proletarians and people’s masses that all together, by applying it to the specific conditions of each country, shout:

Death to imperialism! The future must be of socialism and communism!

No to the unloading of the crisis on working class and people!
Down the state of emergency that is war on people using coronavirus! It is right to rebel!

For the health system at the service of the people!

Classist and combactive struggle for the health, wage, work for all proletarians!

Against world economic crisis that advances , let’s intensify class struggle of the proletarians and people!

For the Building, in the fire of economic crisis/pandemic’s imperialism, of marxist-leninist-maoist parties, in close relationship with the masses, for new democracy and socialist revolutions!

Let’s advance, now more than ever, in the international unity of the communists in all the world!

Down capitalism/imperialism in crisis/ long live Socialism and Communism!

Posted by maoistroad at 7:34 PM No comments: 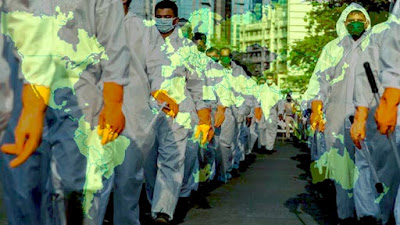 Read more »
Posted by maoistroad at 6:00 PM No comments: 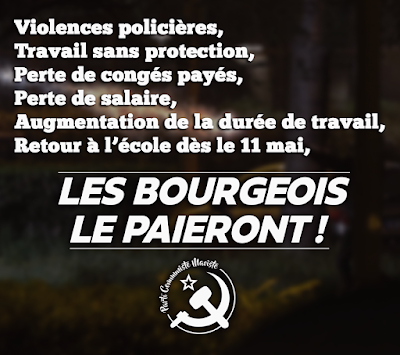 Posted by maoistroad at 11:38 PM No comments: 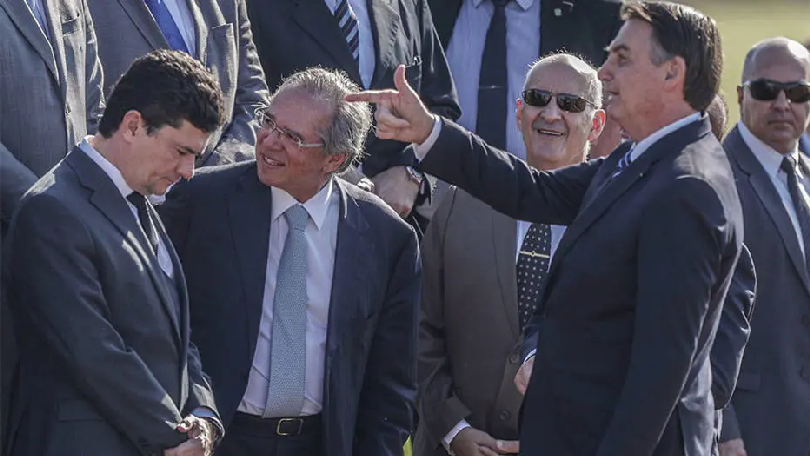 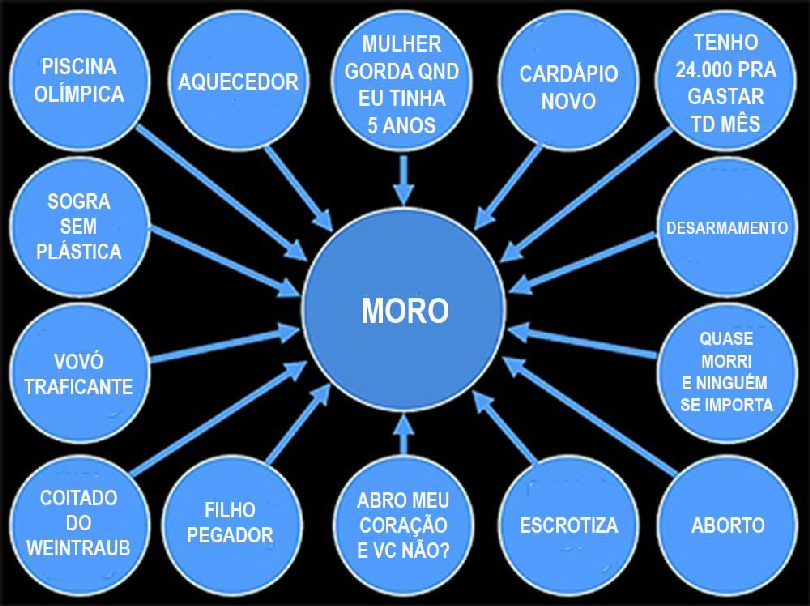 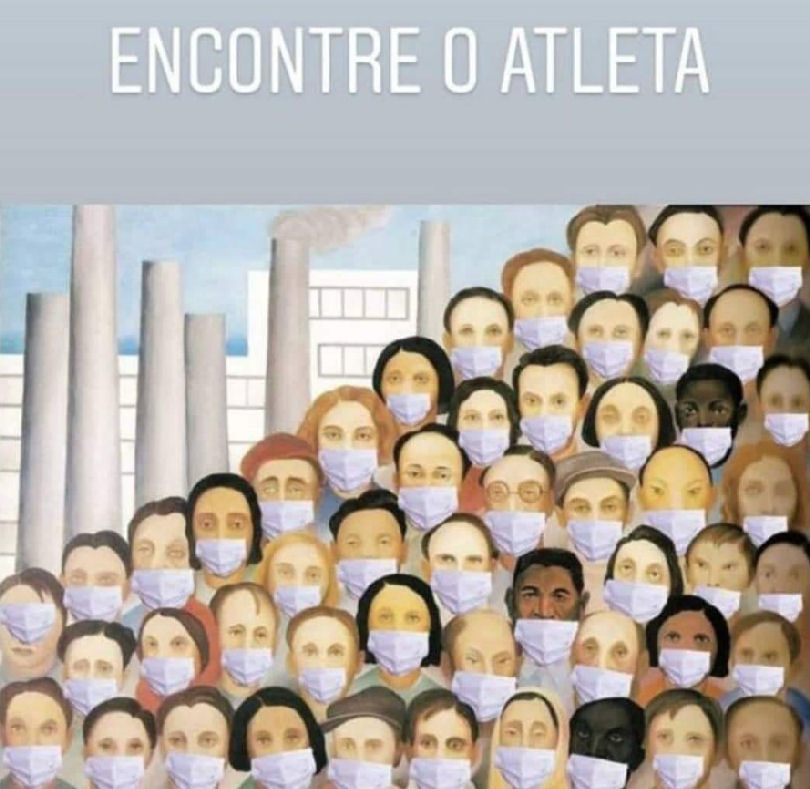 Read more »
Posted by maoistroad at 11:17 PM No comments:

Read more »
Posted by maoistroad at 11:10 PM No comments:

Posted by maoistroad at 11:00 PM No comments: 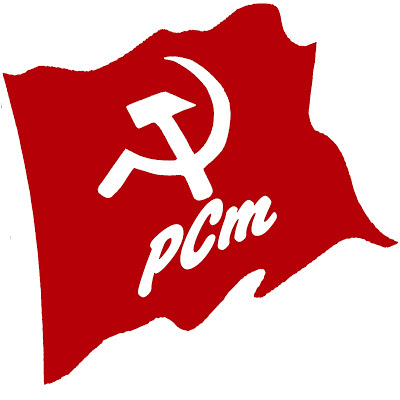 Read more »
Posted by maoistroad at 10:52 PM No comments: