All men must die, but death can vary in its significance. The ancient Chinese writer Szuma Chien said,

Comrade Kishanji died for the people, and his death is indeed weightier than Mount Tai . 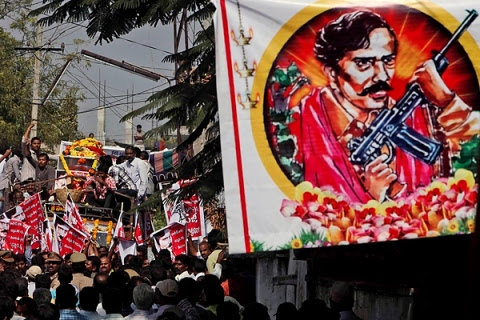 Relatives and supporters accompany the body of Kishenji, a senior Maoist rebel leader killed by government forces in eastern India, during his funeral procession at Peddapally village in Karimnagar District of Andhra Pradesh, India, November 27, 2011.