Communist Party of the Philippines: No more cooperation with Duterte’s undemocratic and anti-people “drug war” 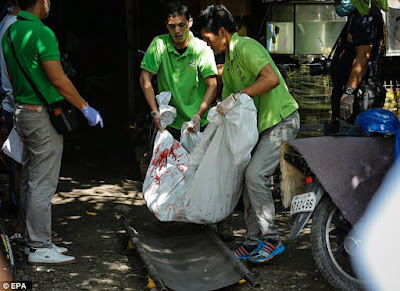 What was before the burden of the accuser to prove someone’s guilt is now the burden of the accused to prove his innocence. Duterte has come up with one list after another of so-called protectors, narco-politicians and judges without proof nor clear basis for accusations of their involvement in drugs. He could not even tell the people how the lists were drawn. It is a mystery even to the chief intelligence officer and head of the PNP.

Duterte has become so full of himself and intoxicated with the vast power he is not used to handle that he thinks he can get away with upturning the criminal judicial system and denouncing people for defending human rights. He dishes out threats of imposing martial law. He has made himself a laughing stock among legal circles. He, however, is not laughing and threatens anyone who chooses to stand in his way.

Duterte’s “drug war” is bound to fail because it does not address the socio-economic roots of the problem. It has been proven in history that no amount of killing will succeed in putting an end to the drug menace.

After ten years of the “anti-drug war” in Mexico, and with almost 80,000 people killed, the intensity of the drug problem remains the same if not worse. In Thailand, around 3,000 people were killed from 2003 to 2005, at least half of whom were later proved to be not involved in drugs. The drug problem has become worse.

The “drug war” is set to spiral into a war among the criminal drug syndicates, between one narco-politician against another, using the resources of the state and to further entrench themselves in the reactionary state. The “drug war” is also fast becoming one of the facets of the factional struggle within the reactionary ruling classes, for control of resources, territories, police and military units.

Duterte’s war is set to unleash more violence and counter-violence, political maneuverings as well as media contests between rival criminal syndicates as represented by their politicians and police protectors.

In all likelihood, many of the summary and vigilante killings are being carried out by the criminal syndicates who use the “anti-drug war” as camouflage for waging all-out war against their rivals and their rival protectors in the police, bureaucracy and judiciary or to rub-out their own men. It would be no surprise that the information made public by Duterte about police protectors, narco-politicians and judges were fed to him by rival criminal syndicates.

All democratic forces must unite and demand justice and an end to the madness of police and vigilante killings. They must unite to defend human rights. At the same time, the people should amplify their urgent clamor for jobs and land to improve their economic condition, make them productive and draw them away from social misery and desperation, in order to, thus, end the conditions for the proliferation of drugs.

In line with standing orders, the New People’s Army (NPA) will continue to intensify its operations to arrest and disarm drug trade operators and protectors. However, these will no longer be considered as cooperative with the Duterte regime’s undemocratic and anti-people “war on drugs.” As before, the NPA will continue to exercise due process in dealing with suspects, such as those PNP officers presently in custody in Compostela Valley and Surigao del Sur.

The CPP calls on the people to struggle against the rampant problem of drug addiction, as they wage revolutionary struggle to overthrow the system that perpetuates it as well as other forms of oppression. The most effective way of waging war against drugs is by rousing the people and mobilizing them to become active participants in social revolution.

The rampant problem of drug addiction among the people should be addressed in the economic as well as political and cultural fields. In thousands of barangays and clusters of several where the revolutionary forces hold sway and exercise governmental authority, drug addiction has been virtually wiped out through mass struggles.

In the base areas of the NDFP, the active participation of the youth and other sectors in revolutionary political, cultural, economic, military and social affairs, have drawn them away from the culture of individualism, self-indulgence and escapism. Here, drug abuse and drug addiction can no longer take root.

Communist Party of the Philippines