August 28, 2016
Report on the meeting:
A significant coming-together and dialogue of various struggling workers organisations and unions who are fighting out neoliberal policies and capital’s current regime happened in Ambedkar Bhavan Delhi today, distinct from the rituals of the central trade unions and away from the din of spectacle. Hope this ‘Mazdoor Adhikar Sangharsh Abhiyan’ is a definite step towards strengthening the collective fight against capital and the current political dispensation.
From the core capital intensive manufacturing industries to agricultural labourers to tea garden workers to service sector employees – seemingly disparate sections and the variegated internally segmented working class’ and its representatives – are slowly but surely joining hands and minds on the ground of struggle. The Convention focused on fighting the current changes in the labour law regime, contract worker system and minimum wages for a dignified life. These representatives from Haryana-Rajasthan-Punjab-Uttarakhand to Karnataka-Tamil Nadu-AP-Telengana to West Bengal-Bihar to name a few, are mostly so engaged in the struggles on the ground, facing state repression and capitalist exploitation, that such coming together mostly becomes merely only a formal occasion. However, the sober dialogic yet militant tenor of the Convention today pointed to a gathering unity of thought and action. 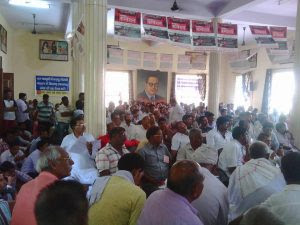 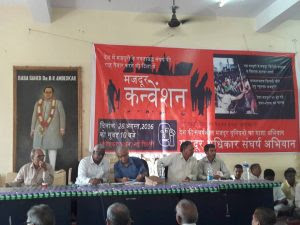 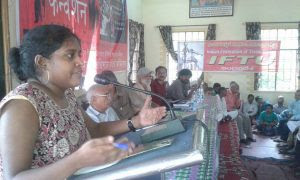 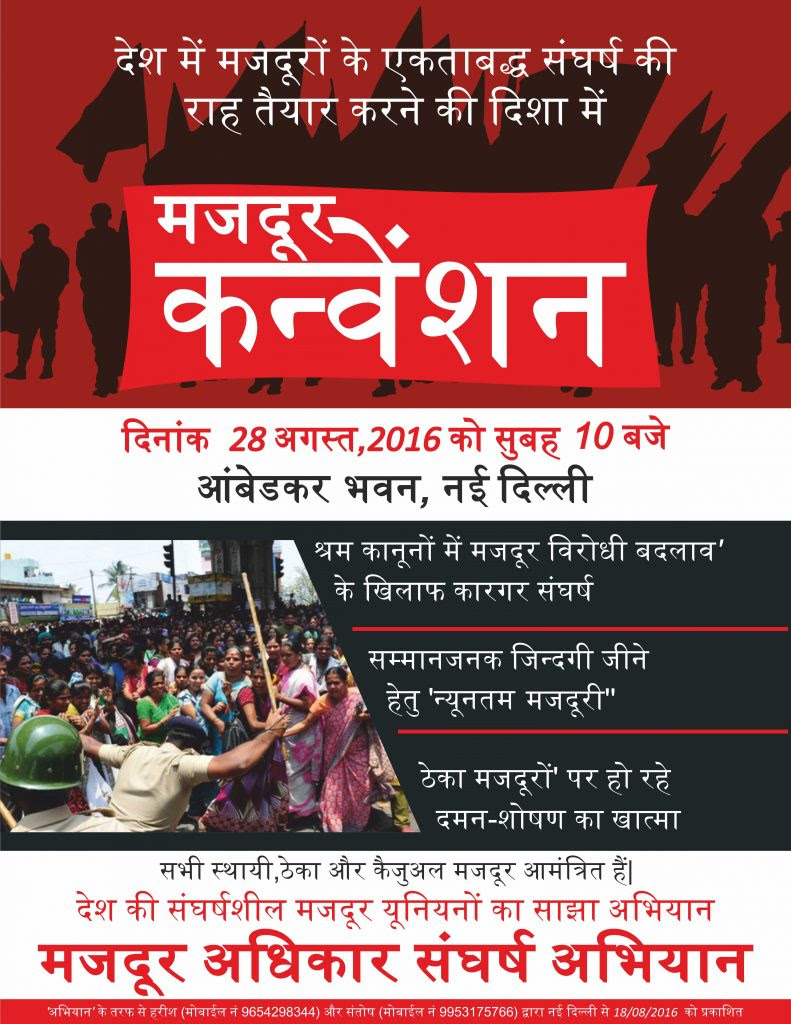 All-India Workers Convention
Ambedkar Bhawan, Delhi
28th August 2016 (Sunday), 10 am – 6 pm
MAZDOOR ADHIKAR SANGHARSH ABHIYAN (MASA)
Invites you to an
All India Workers Convention to together build up national campaigns on
Contract labour, Minimum Wages and Changes in Labour Laws
The international capital and its imperialist system have no other recourse to revive the rate of profit in the current milieu but to deepen the exploitation of labour and plunder the natural resources. It is in this context that imperialist-capitalist rulers all over the world have begun to amend labour laws to allow for such unbridled exploitation.
As production is becoming more and more internationalised, it would be futile to try and battle it only at the establishment level. The need for the working class to coordinate its efforts, internationally, or at least at the national level is obvious. Today it is clear that we have to fight against the policies of neo-liberalism and imperialist globalisation. Since these policies are being made and implemented at a national level it is clear that our field of operations must also be at the national level.
In this situation, we the undersigned feel the need for all really struggling trade unions, willing to put up an uncompromising struggle against the neo-liberal policies of imperialist globalisation and who are democratic and transparent in their functioning to come together and put up a united fight against national and international capital, the government which acts on their behalf and the anti-worker anti-people policies that they are trying to foist on the toiling people of our country.
Participant Organizer: