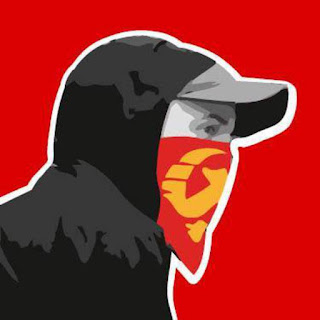 Serve the People have been criticised for focusing too much on political, social and cultural questions, and not enough on economy and class.

Firstly we don’t agree fully with this criticism, because economical and class struggles are often concentrated in political and social questions. Secondly, it’s obvious that we don’t have the resources necessary to work with every question.

Therefore, no matter how large we become, we can always be criticised for focusing on the “wrong” issues. We can never concentrate on all issues, which is why we have to choose. Some of the issues we have to opt out of are going to be important questions we would have liked to work with.

We have to prioritize

Serve the people has commented on several different questions on our webpages. We have written articles and pamphlets on capitalist economy and the crises it leads to. We have written about imperialism, taxes, strikes and the environmental crisis. But there are two questions we’ve prioritized especially highly, namely

Choosing to prioritize certain cases over others has been an entirely conscious choice on our part. Not because they’re more important than all other, but because only concentrated and protracted work can lead to success.

With Lenin against economism

Lenin’s classic “What Is to Be Done” is written in opposition to economism. Economism is a tendency in the workers movement that only focuses on economic struggle – struggle for wages, welfare and rights in the workplace – and that limits itself to union work. As a resistance to this, Lenin puts the versatile political struggle and the revelation of the state and the bourgeois. He writes:

“that the Social-Democrat’s (communist ed.note) ideal should not be the trade union secretary, but the tribune of the people, who is able to react to every manifestation of tyranny and oppression, no matter where it appears, no matter what stratum or class of the people it affects; who is able to generalise all these manifestations and produce a single picture of police violence and capitalist exploitation; who is able to take advantage of every event, however small, in order to set forth before all his socialist convictions and his democratic demands, in order to clarify for all and everyone the world-historic significance of the struggle for the emancipation of the proletariat”
And:

In the article “Once Again On The Trade Unions” Lenin writes:

“I said again in my speech that politics is a concentrated expression of economics, because I had earlier heard my ‘political’ approach rebuked in a manner which is inconsistent and inadmissible for a Marxist. Politics must take precedence over economics. To argue otherwise is to forget the ABC of Marxism.”

To put politics first – to prioritize the so-called “political” questions in front of “economical” questions – is actually in line with Lenin’s recommendations. The question about the state power and what the bourgeoisie uses this for, are incredibly important to reveal capitalism. We can’t reveal capitalism if we only tail behind the union struggle – it can only be done through lifting our eyes and looking at imperialism as a world system. And the question about racism is a democratic struggle that affects many, and that easily can be used to reveal how rotten this system is.

The most important thing is to build red organization

The most important question both in Lenin’s time and our time, is to develop the working class’ own revolutionary politics and own revolutionary organization. This never develops spontaneously from class struggles, but has to be organized consciously with revolution as a goal. We have to build red power and communist organization step by step.

This means that it’s necessary to start relatively small, that one do not develop advanced politics in some important areas, and that one does not take part in all parts of the working class or all its struggles. That means sticking to ones priorities, even when its tempting to push them aside for more popular struggles or “new struggles” or struggles that are seemingly more “typical” communist (strikes, union work), than anti-imperialism and anti-racism.

The alternative is to never develop ones own praxis and ones own organization, but to tail after others and comment on the events that are happening, without creating any events themselves.