India - never and none can stop people's war! 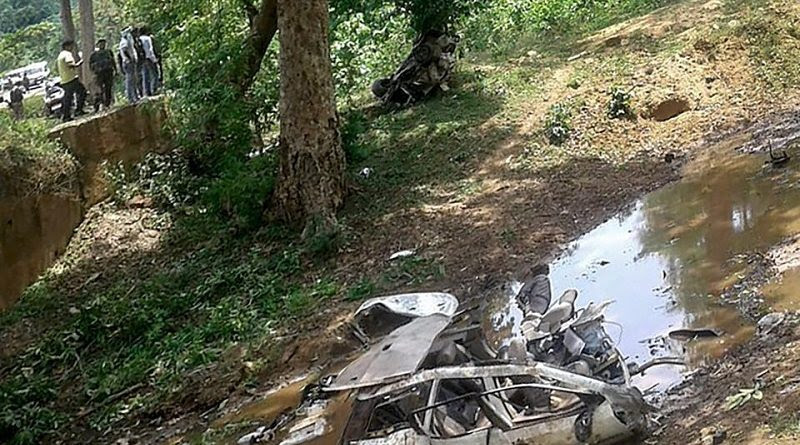 Seven police personnel have died after Naxalites blew up their vehicle in Chhattisgarh’s Dantewada district today.
The attack took place on a day when Union home minister Rajanth Singh is scheduled to arrive in the state.


“The vehicle that the personnel were travelling in was completely mangled when we found it. It had been split into two, both sections of the vehicle lying at least 50 metres apart, and both had fallen into a drain that runs under the road. One of the floor mats of the vehicle was hanging on the trees overhead, indicating how powerful the IED must have been,”
“After the blast, the Maoists took away weapons like INSAS rifles and AK-47s that the personnel were carrying”, a senior officer said.
(The Indian Express)


The powerful explosion shattered the jeep into many parts and left a 10-foot crater. The Maoists who were apparently watching from a distance took away the weapons including two AK-47, two Insas and two SLR rifles.
Maoists have been active in the Dantewada region for decades, running a state within a state.