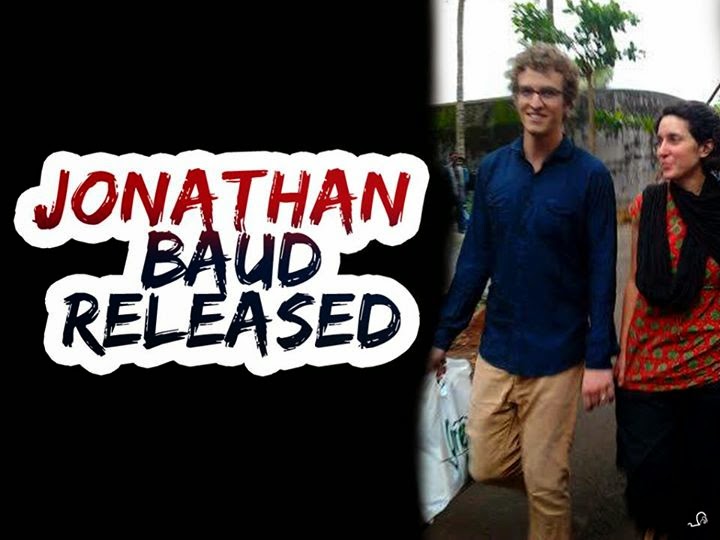 KOCHI: The Kerala High Court on Thursday granted bail to Swiss national Jonathan Baud, who was arrested for allegedly having links with Maoists, after he attended a meeting organised in memory of a Maoist activist. Justice K Abraham Mathew granted bail to the accused on condition that after release he should produce the undertaking of the Swiss Embassy to the effect that he would be made available as and when required by the investigating officer or the court concerned.
The police had arrested Baud on July 28, on changes of violations under Section-14(b) of the Foreigners Act. Baud submitted that his character, antecedent and intellectual pursuits were clear from the various certificates issued by professors of the University of Geneva. He also submitted that he would produce an undertaking by the Swiss Embassy. The Director General of Prosecution has not opposed to releasing Baud after producing an undertaking before the court. The court directed Baud to deposit `1 lakh before the Magistrate. The court held that Baud’s passport would be retained by the Magistrate concerned.
Posted by maoistroad at 2:19 AM