India - The Government of Violence : A Massacre In Dandakaranya

The Government of Violence : A Massacre In Dandakaranya 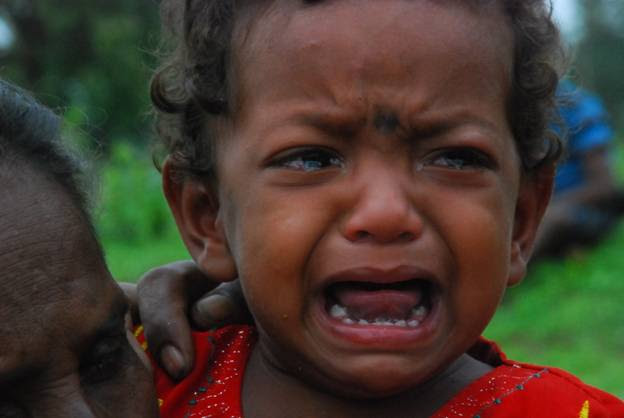 ‘Dandakaranya’ is a stretch of forest in India that runs through the states of Chattisgarh, Orissa, Maharashtra , and Andhra Pradesh. Roughly translated in Sanskrit, the word means `Jungle of Punishment’.
When you enter the village of Kottaguda , located in Bijapur district of Chattisgarh, the first impression is one of serenity. The vestiges of the Salwa Judum pillage from a few years ago still remain as a burnt scar. The houses have stood starkly against these acts of aggression.
We couldn’t see any trace of massacre from ten days ago. We were a group of thirty people from different parts of India , people of different professions and academic backgrounds. There were some people in the group who had been to similar kind of fact finding report missions, like Advocate Tharakam, Prasanth Haldar, V.S Krishna, Advocate Raghunath, C Chandrasekhar, R Shiva Shankar, and Ashish Gupta. Some of them were official members of different human rights organizations under the umbrella of Coordination of Democratic Rights Organisations (CDRO). We – advocates, teachers, government employees, students, former trade union activists and media professionals – were united by a single objective – to unearth the truth about what had actually happened on the night of June 28 th . 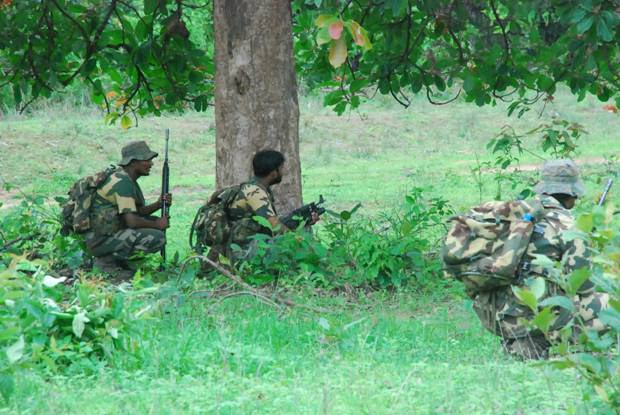 When we entered the village there was a solemn air about it. The only humans we saw there were some heavily armed paramilitary forces inside the bushes – they might have been from CoBRA force or CRPF.
The men in arms averted our gaze. They couldn’t meet our eye with the shadow of the dastardly act of a few days ago looming large over them. 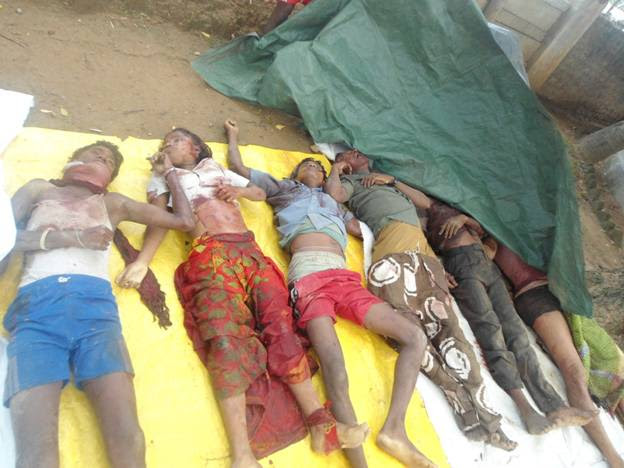 8pm on the evening of 28 th June, Kottaguda village in Bijpapur District, Chattisgarh.
There was a meeting being held to discuss the upcoming seed festival – Beeja Pondum. It was a wet monsoon night. Some people from other villages, like Sarkeguda and Rajpenta, were also attending the meeting. A few children loitered around playfully. At 10pm , the CoBRA force and CRPF cordoned off the villages and started firing indiscriminately and without any warning.
The first attack came from the west, and instantly killed three adivasis. This was quickly followed by firing from three other directions. Terrified villagers started running – some tried to take shelter, some ran towards their respective villages. Yet, the bullets continued to spray for another 30 minutes. Then, as if to survey the dead, the CRPF forces fired two flare guns that lit up the area. They languidly ambled through the scene and collected the dead bodies that remained. 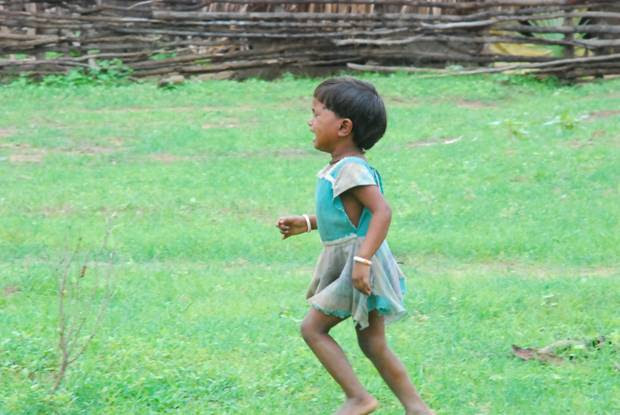 The national Media duly reported the incident following the government version. But by the next morning it slowly emerged that those killed were actually villagers. It was infact a massacre. It was clear that the victims were tribal villagers, who were randomly killed. Some news papers and tv channels corrected their mistake and reported the truth. Some still have not corrected their mistake. more palpable way. The tribals in this area have had to suffer violence at the hands of various aggressors in the past. Feudal lords, in a lust for power, terrorised the villages with rape and pillage. Being a tribal belt, the post-industrialisation Government also ignored the well-being of the people there. In reaction to this injustice, the Maoists emerged as revolutionaries to liberate the people from this aggression. Beginning June 2005, the Chattisgarh government encouraged a criminal vigilante movement titled Salwa Judum that pitted tribal against tribal—a ‘divide and rule lesson learnt from the Raj. Adivasis in the former united Dantewada district received weapon and training support from the Chhattisgarh State Government. They ran amuck terrorising tribals perceived of being the support base of the Maoists. Over 600 villages were torched, over a hundred adivasis killed and a lot of sexual violence took place. Thousands of adivasis were forced into camps, even as upwards of 70,000 tribals fled to neighbouring Andhra Pradesh, which has a fairly long border with Dantewada.
The Maoists came together from different parts Andhra Pradesh, and started working with village folk – protecting them from the intruders, organizing their farming techniques, empowering their women, teaching them to wear clothes. All in all, the tribals of Dantewada forests felt safe with the Maoists.
The group implies no membership and there’s no levy to the Party. It is a non-organized political presence in the State. In fact, there is no other political presence in the area, as the moneyless tribals don’t find a place of significance with other political parties. The proceedings that terrible night of June 28 were nothing but a routine meeting in the village to discuss several community issues. Nobody was conspiring against the Indian Government, as our Home Minister, Mr. Chidambaram insinuates. Dismissed by NGOs and Corporate Charities as “Maoist infested” areas, the tribal of Dantekada have little hope as relief for their circumstance. Yet, those thirty minutes plunged them into a profound, grieving silence – a silence that they are still trying to come to terms with.
As our fact-finding team entered the open ground between the villages of Sarkeguda and Kottaguda, we could hear a mournful singing. The women of the village were gathered around a house. The first women who saw us, started crying, as though they had seen some distant relatives come to offer condolence. 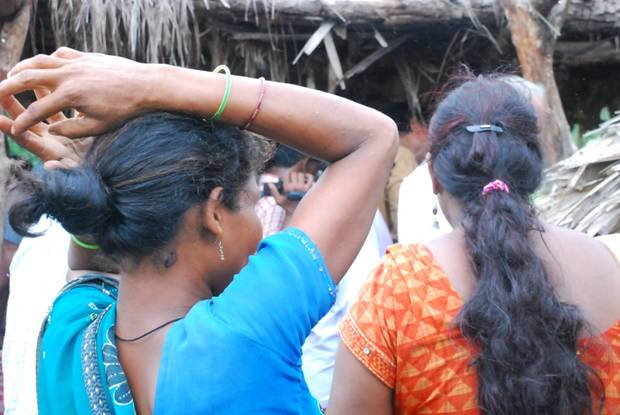 The village folk started gathering around us. Men, women, children – each had their story to tell, each one desperate to be heard. Mothers who had lost their sons wept inconsolably. Widows and children looked on hopelessly. Several relatives showed us photos of their deceased loved ones, wearing them like badges of fortitude. Many didn’t even have such a relic to display. 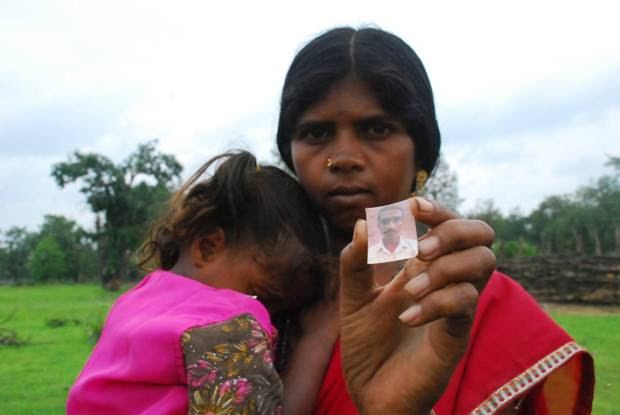 Six of the dead were minors, including a 12-year old girl, Kaka Saraswati, daughter of K Rama. She was hit while fleeing towards her house in Kottaguda. Of the other five minors, two — Kaka Rahul (16) and Madkam Ramvilas (16) — were studying in class 10 at a school in Basaguda. Both stayed at a hostel in Basaguda and were visiting home during the summer vacations. 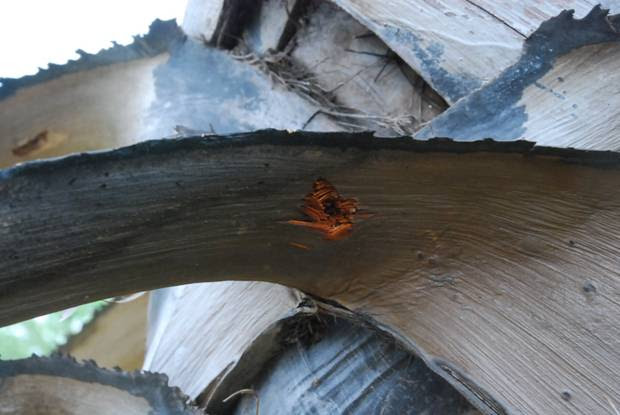 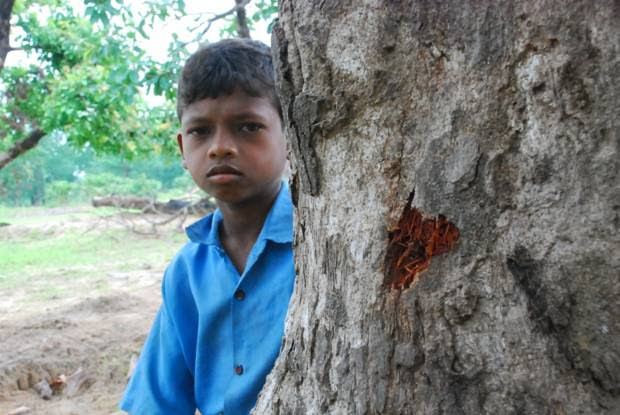 Several victims showed us their injuries – bullets that had penetrated their flesh. The landscape too had been tainted. Bullets, which had been randomly sprayed at the villagers, were found lodged in nearby trees. 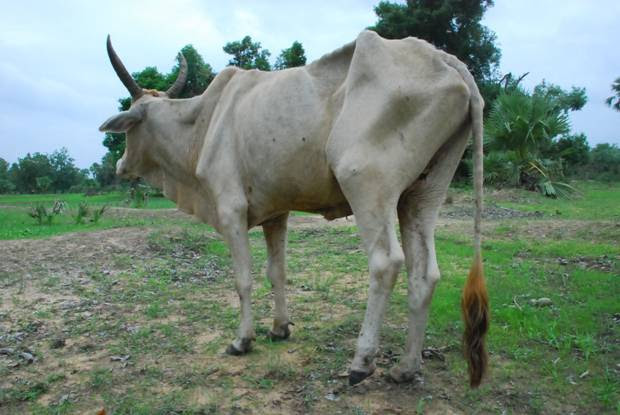 A loitering bull had also been injured. Apparently several other cattle had also been killed that night. This particular bull had a bullet lodged in his leg. He could not put his foot down, because of the deep pain he felt. His resilient balancing act on three legs spoke volumes for the people who tended to him. My question about any veterinary help for the ailing bull was dismissed as facile. There was no doctor to tend to the injured people here in these distant villages. 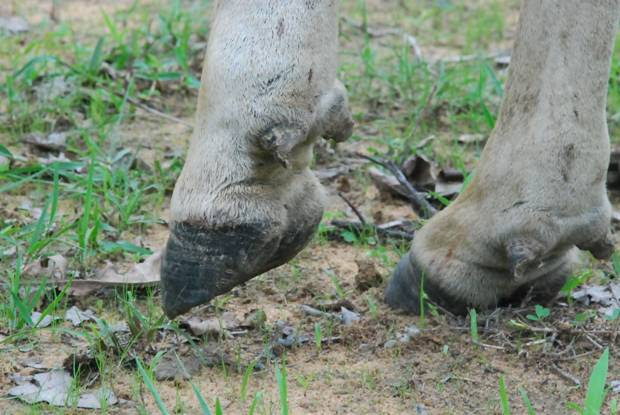 As each person spoke, we started to patchwork the facts of the incident together. On the morning of the 29 th , CRPF killed the last victim when he came out his house to check on the silence outside. Then the CRPF men dragged two women to the fields nearby, and tore at their clothes. Three other women were also abused, beaten up and threatened with rape – all this, to no end. In fact, flouting standard norms, the CRPF men not only carried away the bodies but also scooped away the bloodstained ground beneath the bodies. According to the Bijapur superintendent of police, “proper post mortem was conducted by a team of doctors at the Basaguda police station and a report is being prepared”. This is hogwash, as a post mortem has to be conducted at a hospital properly equipped for the routine and not a police station. Significantly, the villagers are unanimous that no post mortem was carried out, a fact corroborated by several reporters who saw none of the tell-tale marks that show on the body after a post mortem procedure.
The CRPF now says that seven of the deceased — Madkam Suresh, Madkam Nagesh, Madvi Ayatu, Kaka Sammayya, Korsa Bijje, Madkam Dilip and Irpa Narayana are Maoists and that there are various cases of violence of a serious nature lodged against them in various police stations across Chattisgarh State.
The killing was actually arbitrary. For the CRPF to now find some validation of it is astonishing. If what they say is to be taken at face value, then it is clear that it is extra judicial killing in prima facie.
Ten days after the massacre, the first governmental action was taken. A truckload of compensation arrived, escorted by R. A. Kuruvanshi, the Revenue Sub-Divisional Magistrate of Bhoopalapatnam. Rice, daal, clothes, utensils – this was the value of seventeen lives. The villagers vociferously refused it. Their anger screamed, but with dignity. They did not abuse or curse. They didn’t set ablaze the truck – an epitome of the insult rendered to them by the Government. 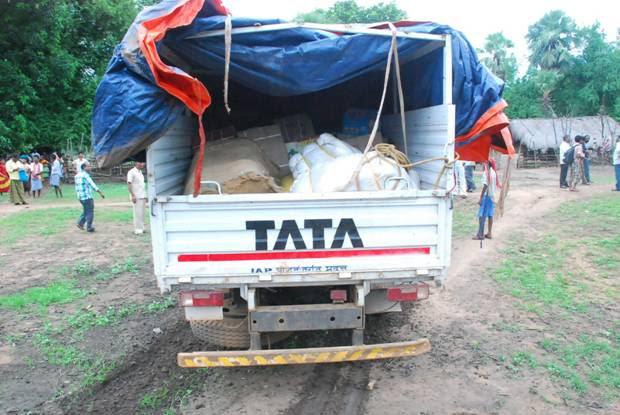 If we are Maoists, then why do you bring us this rice? Why did you do this to us?
The Revenue officer listened dumbfounded. He didn’t have any real response in front of the lamenting people. He returned with a shiver in soul. Everyone watched silently as the truck made its way back through the jungle path. 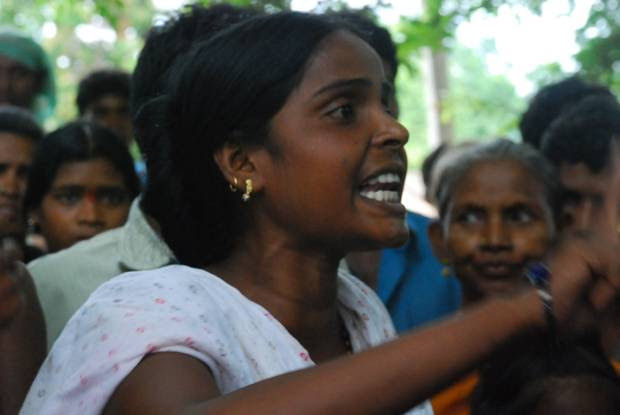 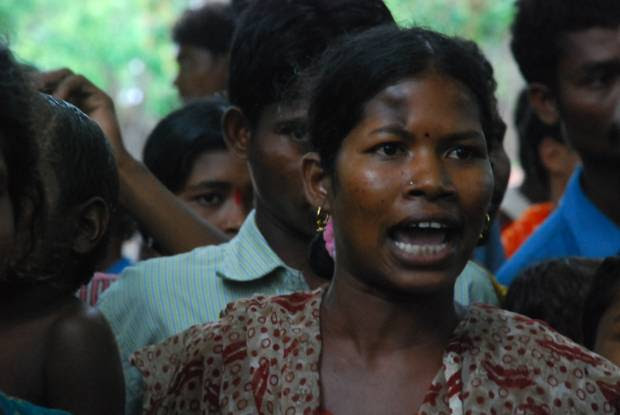 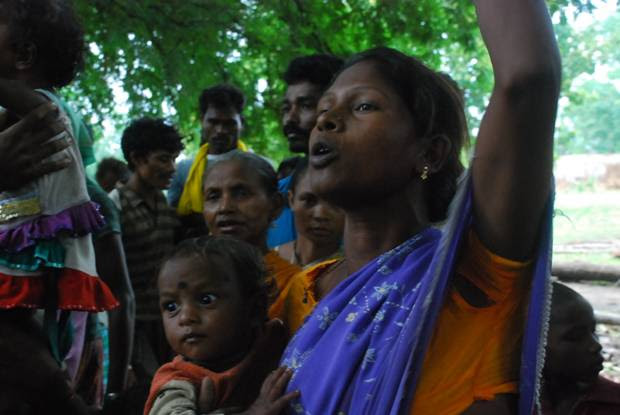 In the recent past, encounters between Maoists and members of the police and special forces have only drawn attention when it is the latter who are injured or killed. In 2010, the Prime Minister demanded a report from the Home Minister about the incident of April 6, 2010 , when 74 troopers of the CRPF were shot dead by the Maoists near Chintalar in what is now Sukma district. The massacre of tribal villagers in Kottaguda didn’t illicit such a response. It is convenient to believe the official version – that the massacre was an encounter between Maoist and State forces, and that the villagers were used as a human shield.
The N ational Human Rights Commission didn’t consider visiting the villages with an official fact finding team, and scouring for the truth of what happened that night. They asked for a report from CRPF Director General after 12 days of the incident. One can only imagine what kind of report will be drawn out. An expert group of the Planning Commission of India had declared that the Maoist insurgency is to be viewed not merely as a law and order problem, but as one with roots in material deprivation, unfreedom and social oppression that have over many decades remained unaddressed by the Indian State . It stated that though the Maoists employed a fair amount of violence towards their ends, it was essentially a political movement. This implied that the resolution necessarily required negotiations with the Maoists. It was also reiterated that legislation which protect the rights of Adivasis and Dalits should be implemented properly. Despite this, the scenario hasn’t changed. The Government all but consigned this precious deocument to the dustbin and persists with thoughtless decisions of indiscriminate killing.
It is only the Government of Violence that is the ever-present demon in these Forests of Dandakaranya. Kamal K.M is a Mumbai based film maker. He was part of the fact finding team that visited the villages where the massacre took place. He can be reached at snehapoorvamkamal@gmail.com

Posted by maoistroad at 9:35 PM