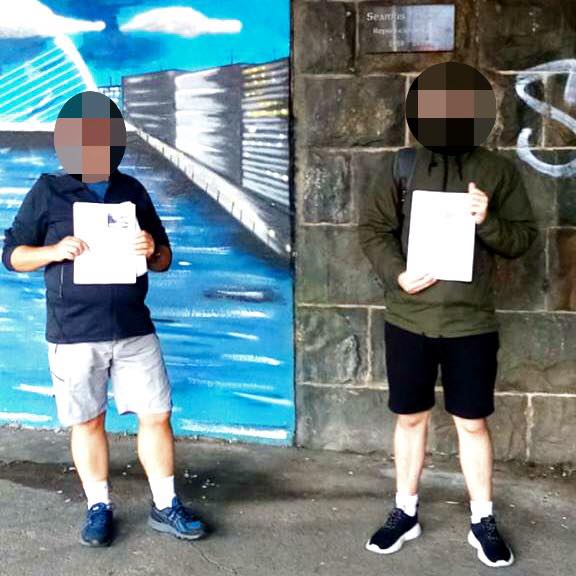 On the 4th of August the Irish comrades of the Anti-imperilist Action Ireland dibstrubed thousands of newsletters.
The topic was the Seán Russell monument, which had been attacked on several levels before. Seán Russell was the IRA chief of staff in the 1930s.Now recently there was a painting made on the statue in the colors of the LGBTQ-flag, which, as the comrades also explained, seemed quite out of place. There had never been issuses or claims made against Seán Russell to be involved in any chauvinist stances or actions related to this topic.
They also denounced the claims that Seán Russell was a Nazi-collaborator, which have been brought forth once again. Seán Russell himslef said "I am not a Nazi. I’m not even pro-German. I am an Irishman fighting for the independence of Ireland." and that "If it suits Germany to give us help to achieve independence, I am willing to accept it, but no more, and there must be no strings attached".
This time the claims stem from actual political descendants of Irish fascists of the Blueshirts, which Seán Russell fought against. Fine Gael represented by Taoiseach Leo Varadkar now call for the statue and similar ones to be pulled down, claiming to be influenced by the pulling down of statues in the USA. However as the newsletter of the comrades rightfully points out, the statues being pulled down are of slaveowners and racists, which Seán Russells whole political stance is opposed to.
In addition to the newsletter the comrades also held a rally in defense of the statue with republican and antifascist forces. 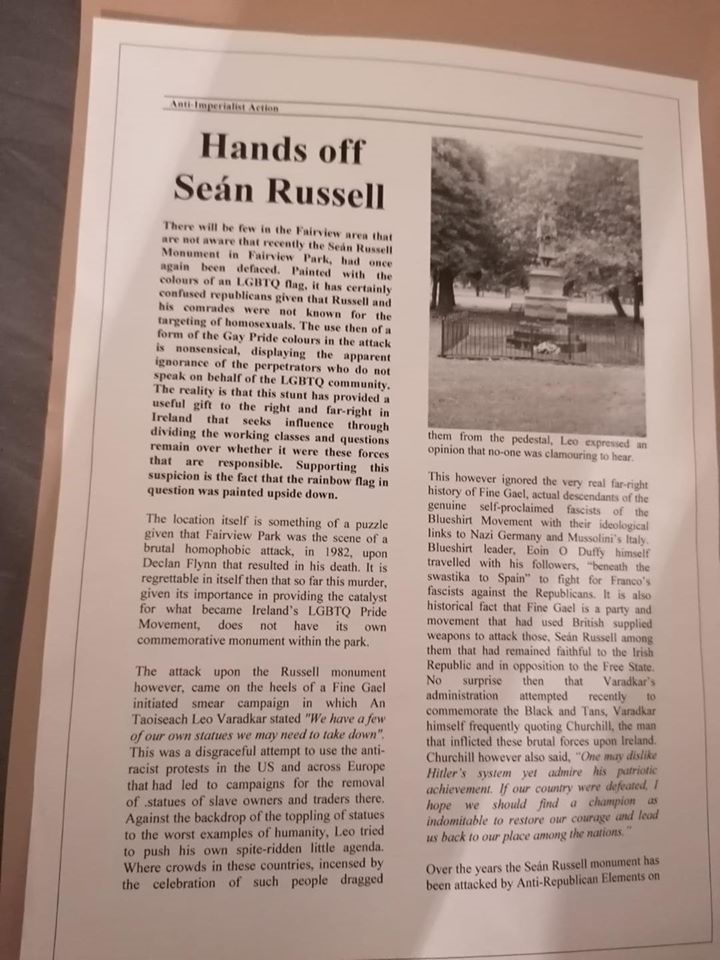 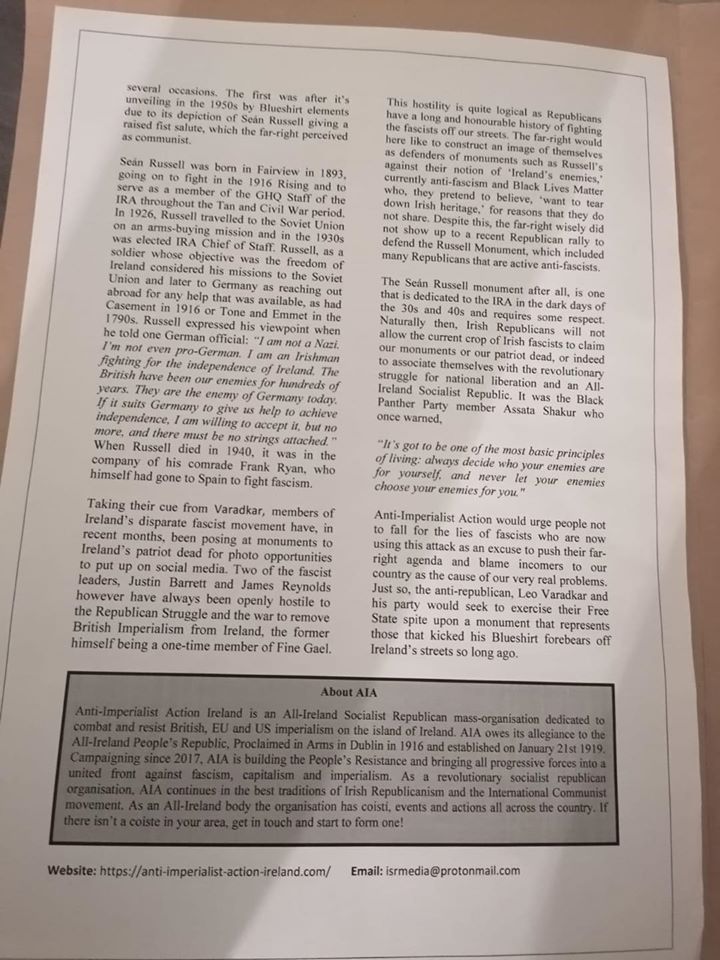 Posted by maoistroad at 3:10 AM