barbarian indian regime wants Ganapathy - but 10th anniversary of PCIm shows that his place is in the history - support people's war until victory!

Rs 2.52 crore bounty for information for arrest of Naxal chief Ganapathy
NEW DELHI: An unprecedented Rs 2.52 crore cash reward has been announced for anyone giving information leading to the arrest of chief of CPI (Maoist) Muppala Lakshman Rao alias Ganapathy. 65-year-old Ganapathy is one of country’s most wanted persons. This is for the first time such a huge amount has been announced for anyone who is wanted by security forces. 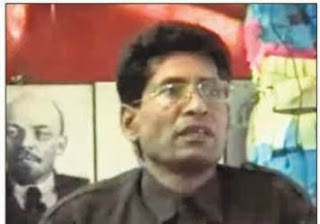