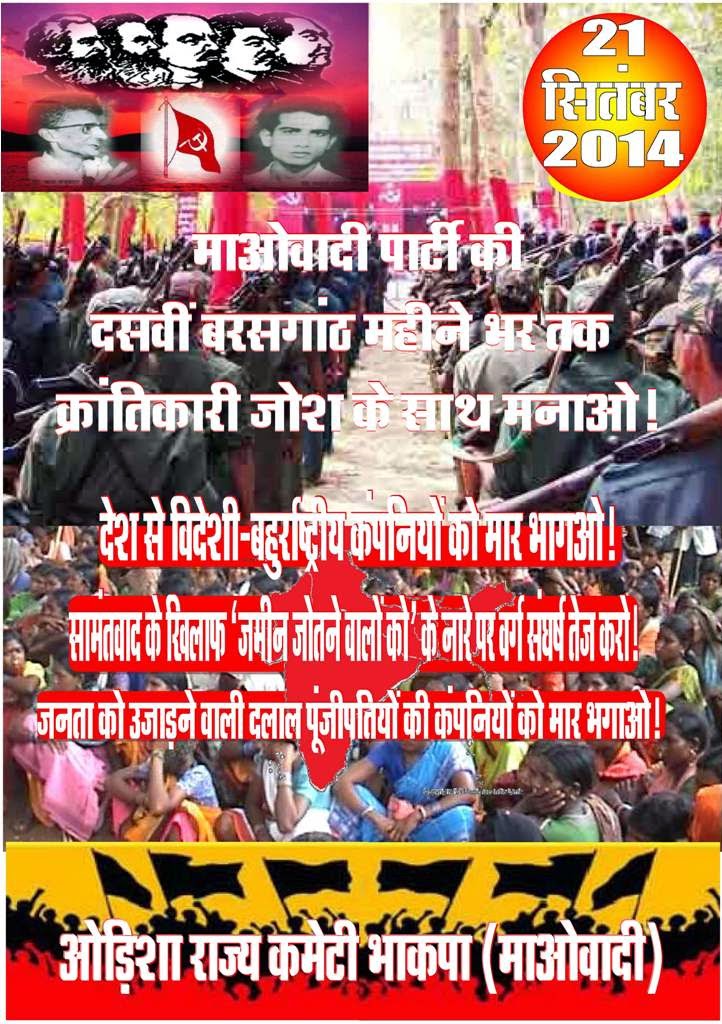 As part of the activity of support, ICSPWI made the decision to organize a 2nd International Conference for the 10th anniversary of CPI(Maoist).
On our side, first we tried to check whether it was possible to organize this new International Conference in Brazil. After a careful assessment, the comrades said that it is not possible now.
Then we decided to organize in September in Italy a different kind of Conference, a conference for delegates, not for mass delegations as the Conference in Hamburg.
As suggested by some comrades, we decided to not call this event Conference but International Meeting.
We invite delegates of all parties, organisations and solidarity committees which took part in the 1st Conference in Hamburg and all solidarity campaigns.
20-25 delegates are expected to participate in the meeting .
The participation is by invitation and the meeting is not public.
The event will be announced by a poster.
This Meeting will last 2 days, from the morning of 27 September to the afternoon of 28.
Italian comrades will assure the accommodation with the minimum contribution necessary to pay the location.
It will be a meeting of support to PW and of political ideological greeting to the Anniversary.
After a presentation by ICSPWI , each participant can provide documents or make speeches, better if no longer than 3 pages, so to allow everybody to speak or debate.
There will be an Indian message of attending and a report on the national situation and on the celebration for the anniversary in India.
This meeting is not in contrast with other celebrating initiative programmed in other countries.
We will not use headphones equipment for translation, so it is important that all speeches will be sent before hand, so that, giving few comrades attending the task to translate them in other lanuages, everybody will easily follow the speeches.
Please inform us about your participation and intervention
csgpindia@gmail.com
International Committee Support Peoples War in India
ICSPWI
csgpindia@gmail.com
3 august 2014

Posted by maoistroad at 1:03 AM