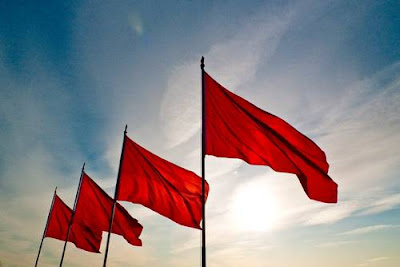 Long live the 1st of May,

A day of unity, struggle and solidarity among the proletariat of al countries and of the widely exploited masses!

According to comrade Lenin, Mayday is a day of struggle, “a day of awakening of worldwide workers' class consciousness”. The working class is the only consistent class which wants the abolition of injustice, oppression, tyranny and suppression.

The working class is the most decisive class in the struggle against all exploitation of man. Mayday has found its meaning with this political and intellectual forming of the working class. It is at the same time a day of solidarity that signaled the prospect of workers' power, that expressed their will to socialism, that hailed the way towards communism.

Our time is a time of imperialist brutality. The capitalist-imperialist system continues its existence through the most ruthless seizure of working class and laborers toils by a bunch of exploitative
monopolies. But it is not only that. At the same time, imperialism means war it means blood, tears, sighing and extortion in the clutches of relentless exploitation.

Imperialism and all reactionary states and leading classes that serve it today, advance upon the working class and the laboring masses at large. This destructive and provocative antagonism among imperialists, wreaks havoc all around the world. The situation in Middle East has been transformed into a bloody confrontation of the Western imperialists on one hand (USA, France, Great Britain) and Russia on the other, alongside various reactionary powers in Syria and Iraq. These vampires feed, in their effort to grasp the largest market portion, with the blood of the laboring peoples' masses and compete over who will drink most of the blood.

Especially today, Syria and Rojawa experience the imperialists and their lackeys' plunder. Hundreds of thousands of workers have been slaughtered in this long-running war and millions have taken the road to immigration, as refugees. During their journey thousands of children and women have died, while everyone else experienced all kinds of racist and fascist practices, ending up humiliated wherever they went.

Syria is under imperialist invasion. Rojawa is exposed to constant threat by the reactionary raiding by the Turkish state. Afrin has been an example of the world being divided in exploited and exploiting nations. It has been occupied by the Turkish fascist state with the explicit or silent support of the imperialist and reactionary ruling classes of various countries. Afrin's occupation has shown that the Kurds' only friends are the exploited nations and peoples.

In these conditions where contradictions among imperialists are deepened and intensified, there is a simultaneous spreading of tension around the world. From Far East to Middle East, from Africa to the Mediterranean, from Central Asia to Continental Europe, all around the world there is a widespread chaos and turmoil.

They are trying to turn the Mediterranean and the Aegean Sea into a blood-field for the games of the imperialists and especially NATO's games. The Turkish and the Greek bourgeoisie are parts of this puzzle. They intensify a dangerous game of conquest regarding their national and chauvinist interests in the Aegean. They are trying to inflate a false enmity among their respective peoples, by giving rise to Turkish and Greek nationalism.

The fascist state of Turkey is trying to ruthlessly attack the people by declaring military law; on the other hand they are trying to manage their political crisis, using their offensive policy as a way out of it. It is in this context that they are unleashing their nationalist and hostile strategy against the Greek and Kurdish peoples. Similarly, the Greek government feeds this Turkish hostility.

Mayday is a day that reinforces they unity and struggle of the workers and laborers against all kinds of chauvinism.

Mayday is a day when the workers and laborers stand up united against the imperialist aggression, against the exploitation and the war, against plundering and destruction.


Mayday is a day that projects the common outlook of the workers and laborers struggle against the offensive and suppressive policy of Turkey's fascist regime towards the people and against its raiding and military attacks against the Kurdish nation.

Mayday is the day when struggle and solidarity rise against exploitation, suppression and injustice, wherever they may exist.

Mayday is a day of internationalist struggle and solidarity on the basis of the workers' class interests, with no division of language, religion, color, race or nationality taken into consideration.

Long live the 1st of May, a day of struggle and solidarity of the international proletariat!

Long live the anti-imperialist – anticapitalist struggle of the oppressed peoples and nations!

No to war and all imperialist interventions.

Death to fascism, imperialism and all kinds of reaction!