Ireland - India Anti Imperialist Action Ireland Solidarity to the People’s War in India- Raise your voices against the forces of Reaction! 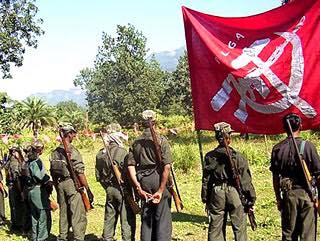 Solidarity to the People’s War in India- Raise your voices against the forces of Reaction!

Irish Socialist Republicans and Anti Imperialist Action Ireland extend our solidarity to the Communist Party of India (Maoist), to the People’s Liberation Guerrilla Army and to the Indian Revolution, following the targeted assassination of at least 40 Maoist cadre by the forces of reaction in India.

Official reports coming from the reactionary State, suggest the deaths came as the result of an exchange of fire between Maoists and the forces of the reactionary state, during which a heavy toll was inflicted on the Maoists, yet no casualties were suffered by the oppressors. These reports do not add up and a different picture is emerging from reports on the ground.

Reports from the local area suggest an entirely different account. Local reports suggest the Maoist Cadre were in the area for a wedding and that the police used an informer to poison their food, waiting till the poison took effect before launching a cowardly attack against Cadre that could not defend themselves.

Such an act is unquestionably a war crime!

The Comminist Party of India (Maoist) are leading the masses of India in a Protracted People’s War for National Liberation and Socialism.

That the reactionary state has to resort to such underhanded tactics to score propaganda victories against the Maoists, demonstrates the very real fear and threat felt by the reactionary classes, fear of the People’s revolution and of the Protracted People’s War.

While there has been virtual silence in the western Imperialist media about the massacre, we call on all communists, Socialist, Trade Unionists and other progressives to raise their voices against the war crimes of the reactionary Indian State and in support of the Indian Revolution.

In the spirit of Proletariat Internationalism, we extend our solidarity to the Communist Party of India (Maoist) and raise the cry - Victory to the People’s War in India!

Posted by nickglais on 4/27/2018 07:50:00 AM No comments:
Email ThisBlogThis!Share to TwitterShare to FacebookShare to Pinterest
Posted by maoistroad at 7:40 AM