Rome, Indian Embassy Free Ajith! To be a revolutionary Intellectual of CPI Maoist is not a crime! Ajith, for 40 years serving the Indian masses and the Naxalite revolution, must be released! 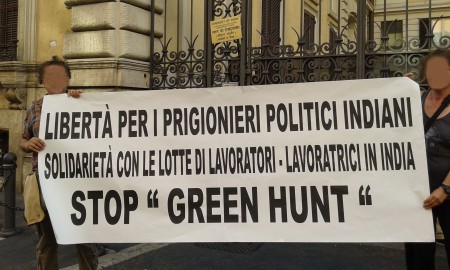 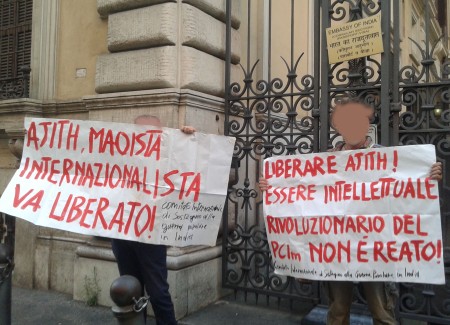 Rome, the Banner of MFPR
Rome

Rome
Posted by maoistroad at 8:05 AM