long live the 50th anniversary of the foundation of the TKP/ML, 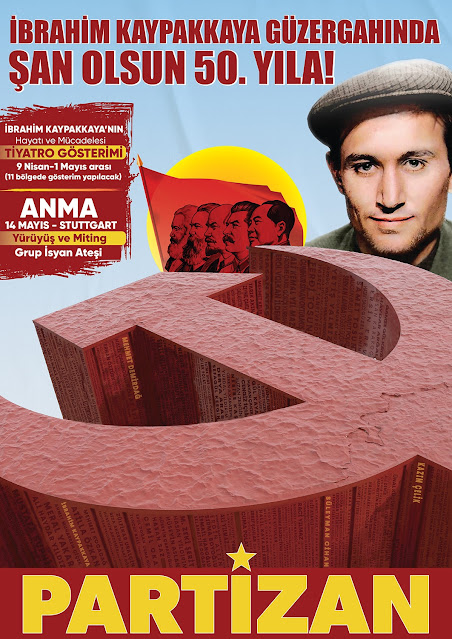 The TKP/ML founded by Ibraim Kayppakaya represents a milestone of the International Communist Movement, resulting from the Great Proletarian Cultural Revolution led by Mao Tsetung.

Its history has always been a reference, a heritage and a wealth of experience for the entire international communist movement in the world and the MLM communists in Italy.

Today we support TKP/ML based of Marxism-Leninism-Maoism, the way of people's war, the New Democratic revolution and the socialist revolution that will lead the Turkish proletariat to power and liberate the oppressed masses of Kurdistan from the domination of the Turkish bourgeoisie. and imperialism

We are for the two lines struggle that will establish the invincibility of mlm in theory and practice.

We are for the united front of the proletarians and oppressed masses against imperialism and the imperialist war.

We welcome your 50th anniversary and wish you give a contribution along this path.

HONOR AND GLORY TO IBRAIM KAYPPAKAYA!

Posted by maoistroad at 8:19 PM