aganist the criminal murder of Kishanji, make more strong the support to war people in India - the repression by the Indian government does not stop but feeds the People's War”

New extraordinary decision !  Dedicate to comrade Kishanji the new international week of action from 14 to 22 January 2012 !
The International Committee to support the people's war in India condenm the criminal and planned murder of Kishanij
alias Mallojula Koteswara Rao, Politburo Member of CPI (Maoist) in Burishol forest area, Paschim Midnapore District, Jangalmahal, West Bengal on 24 November 2011. According CPI (Maoist) statement issued to the media , Kishanji was arrested and tortured and then brutally killed. This murder looks much similar to that of Azad's in July 2010.
mobilize  now for denouncing this crime !
mobilize for international support to war people !
join your forces to the international week of action 14-22 january in all corners in the world !
The International Committee to support the people's war in India, that was born on the appeal launched at the International meeting in Paris on January 2010 and gained the participation of comrades from several countries, with the mobilization of the week 2 to 9 of April has shown an international extent and played a role in promoting information and taking side in support of the People's War in India, in the context of the more general situation of class struggle, imperialism and the struggle of the proletarians and oppressed people, decided, in the framework of the protracted campaign, handling the contradictions in the different countries, to launch a new international week of action from 14 to 22 January 2012 with the slogans:
“the repression by the Indian government does not stop but feeds the People's War”
“may the wind of the People's war reach the proletarian masses all-around the world”
The campaign opens the work that leads to the international conference of support planned for the summer 2012.
The campaign includes initiatives and meetings in different countries to collect signatures and organize the participation to the International Conference.
The Committee calls the Icawpi and all the committees of solidarity with the people's war and the Indian revolution to organize this activity together with us.
Adherence, internationally and in each country can be of any organization, political parties, committees that decide to participate, whether individually or as a group or platform of organizations.
The Committee calls on all the blogs and web-sites, that are giving a big contribution to the knowledge of people's war India, the exposure and strugle again st of the Operation Green Hunt, and to widespread the documents of the CPI(M), to play their important role in realizing the campaign and for the success of the International Conference in 2012.
The Committee, taking lessons from the previous campaign in 2-9 April 2011 is primarily aimed at the proletariat and the masses for a massive participation in initiatives.
The Committee invites all the adhering forces to consider that the support for People's War in India is the datum that unites and mobilizes.
The Committee, in particular in the imperialist countries, will mobilize particularly in a campaign against Indian transnationals companies that expand even in the imperialist countries.
The Committee reiterates that it supports in the form of solidarity all the people's wars and the anti-imperialist struggles ongoing in other countries in the world and considers all of them important and decisive in the tsruggle against imperialism.
The Committee will bring in all anti-imperialist demonstrations against the political and economic summit of imperialists and the imperialist war, the support to the PW in India, the propaganda and the invitation to attend the International Conference
International Committee to Support People's War in India
October 2011
csgpindia@gmail.com 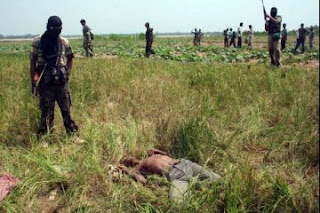 call
Posted by maoistroad at 6:55 AM