India - Freedom for Varava Rao and all political prisoners in India! 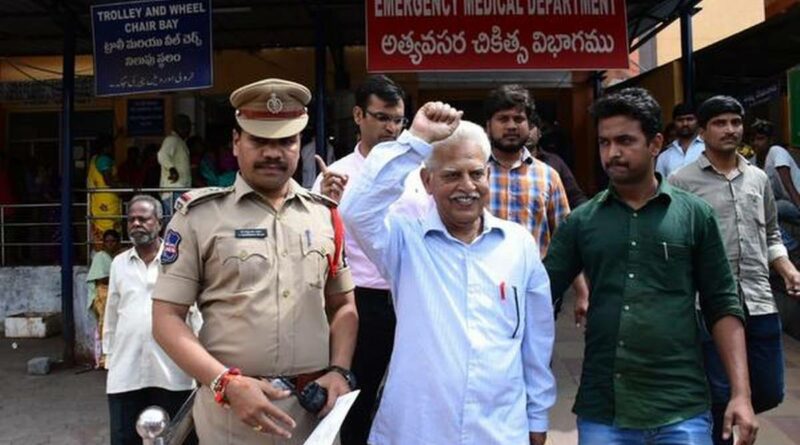 He was to surrender on September 5, but filed a plea seeking an extension of the bail and later filed another application seeking permanent bail on the ground of ill-health.

Since then, the high court has extended the time given to him for surrendering before the Taloja prison authorities in Navi Mumbai several times on various grounds.

As per the last order, Rao was to surrender on February 5.

His bail applications were mentioned by the lawyers for urgent hearing on Friday before a bench of Justices SS Shinde and NR Borkar. The bench then deferred the deadline for surrender to February 28, 2022. Rao’s bail applications are likely to be heard in the coming weeks.

The case, now being handled by the National Investigation Agency, relates to `Elgar Parishad’, a conclave held in Pune on December 31, 2017, which according to Pune Police was funded by the CPI (Maoist). The inflammatory speeches made there led to violence at the Koregaon-Bhima war memorial the next day, the police had alleged.