US Imperialism and Venezuela and Cuba : The Dangerous Game from Democracy and Class Struggle - for debate

US Imperialism and Venezuela and Cuba : The Dangerous Game 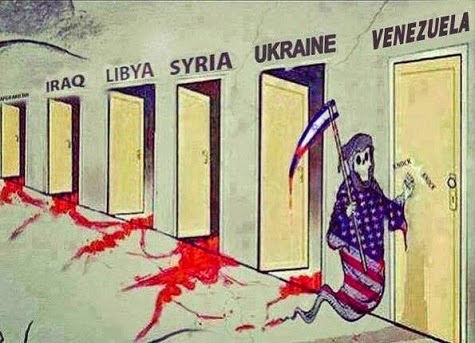 Struggle while welcoming prisoner exchanges between Cuba and the US is concerned at the normalisation of US/Cuba Diplomatic relations.

Our concerns were heightened when we read

The following report below about potential changes in the Cuba/Venezuela relationship arising from Cuba's new relationship with the United States.


"A more immediate question is how the budding rapprochement between the United States and Cuba will affect the behavior of Venezuela, Cuba's most important ally in Latin America. Cuba shares intelligence with Venezuela, enabling Caracas to detect threats from within the country — though at the cost of fomenting discontent within the Venezuelan armed forces.

While Cuba's rapprochement with the United States may not immediately change Caracas' relationship with Havana, Venezuela's mounting economic distress and potential for unrest may make it see Cuba's improved ties with the United States as a potential threat in the long run."
Source: http://www.stratfor.com/geopolitical-diary/united-states-and-cuba-begin-restoring-relations#axzz3MAquwobP

with their perfidious northern neighbour.

We also anticipate increased pressure on Venezuela by US both covertly and overtly as a result of improved US/Cuba ties.

Overt hostility hasn’t worked in the past against Cuba, and it likely won’t work in the future.

Plus, there’s been a general trend in recent years for the US to pursue its objectives through covert and indirect means.

This is where Cuba is most vulnerable in the recent ‘thaw’ in relations.

The American economy doesn’t need Cuba at all, really, and Washington’s opening to Havana is a convenient cover to catch Cuba in its social and economic snare to more directly control the inevitable leadership transition process that will occur with Fidel’s passing.

It already tried and failed to use USAID to create a ‘revolutionary Twitter’ on the island, as well as its embarrassing follies with anti-government Cuban rappers, to name but the few most recent regime change scandals there.

And it must be kept in mind that Mr. Gross was working for the Agency when he was arrested in 2011 for trying to, as Cuban authorities described it, to “promote destabilizing activities and subvert constitutional order” to foster a “Cuban Spring.”

Cuba is also vulnerable to reverse migration, in that dissident and possibly extremist Cuban-Americans may return to the island in order to build a future Colour Revolution’s social infrastructure to deploy when the time is right (likely in the aftermath of Fidel’s death).

American businesses can fill a valuable development and investment gap on the island, in exchange for making Cuba ever more dependent on the U.S.

This would give the U.S. another lever of influence over the island’s affairs, which could be activated in unison with a Colour Revolution to create maximum disorder. 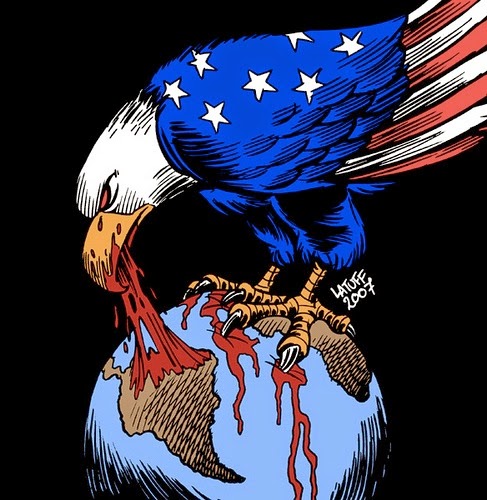 Posted by maoistroad at 9:49 PM