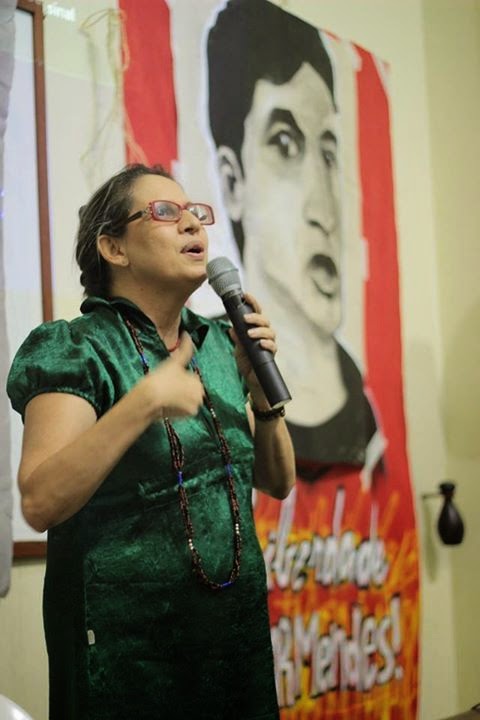 Democratic, people’s and revolutionaries organizations around the world have shown their solidarity to the campaign for immediate release for Igor Mendes and all political prisoners in Brazil, from city and field. The chilean periodical El Pueblo and the bolivian blog Analisis y Opinion noticed on their webpages the arrest of our fellow and the persecution of other activists. The New Democracy Association Peru, stated on Germany, replicated our informs about the campaign calling other german organizations to pronounce and join in solidarity with our campaign.
The International Leninist Trotskist Fraction and the Construction Committee of Communist Maoist Party of Galicia (autonomous region on Spain territory) published releases in solidarity and demanding the immediate release of Igor Mendes and all political prisoners. The People’s Struggle Defense Front – Ecuador published, along with the banner we reproduced above, a note were they highlight the Brazilian Fascist State role in the persecution and imprisonment of people’s fighters at city and in the murderer of peasant leaders on struggle for land at the field:
“For the proletariat and the people from Ecuador, it important that we know the true character held by this reformists regimes in which besides the ones of Rafael Correa, Evo Morales, Mujica, Bachelett, and others, in Brazil, Dilma Rousseff, in the same way take on a restoring program tries do implement the needed policies to deepen and develop bureaucratic capitalism in Brazil. Since then, to manage to promote this reform, the Rousseff’s fascist regime have been using a permanent and systematic state terror policy associated with landowners controlled paramilitaries against the poor peasants, and at the cities against the marginalized people and his advanced organizations that steadily take on struggle campaigns to stop the excesses of the regime and the bourgeois-landowner voracity allied to imperialism. In this measure, the proletariat and the people from Ecuador, sends his boiling pulse and condemning against Rousseff’s government. We demand the immediate end of the persecution of popular and classists organizations, as well as the immediate freedom for Igor Mendes and all political prisoners the today are held in Brazil’s jails.”
The Proletarian Red Relief and the Communist Palermo Proletarian besides sending the message below held a demonstration at the Palermo University, in Italy. We appreciate all organizations, in Brazil and abroad, which have taken the side of fair people’s revolt and defended the right of the people to rebel. It’s patent, now more than ever, the political character of all this rotten and fascist campaign of persecution and arresting of combatant youth and fellow Igor Mendes’ arrest have served even more to propel de unmasking of the real class character of this State bourgeois-landowner, servile to imperialism, mainly yankee. We follow calling all to join in solidarity and to support the campaign for immediate release for Igor Mendes, Caio Silva, Fabio Raposo and Rafael Braga and the extinction of all political process and persecutions!
IMMEDIATE FREEDOM FOR IGOR MENDES AND ALL POLITICAL PRISONERS FROM CITY AND FIELD!
FIGHTING IS NOT A CRIME!
TO REBEL IS FAIR!
STUDENT PEOPLE’S REVOLUTIONARY MOVEMENT
MEPR/BRAZIL

Posted by maoistroad at 4:21 AM