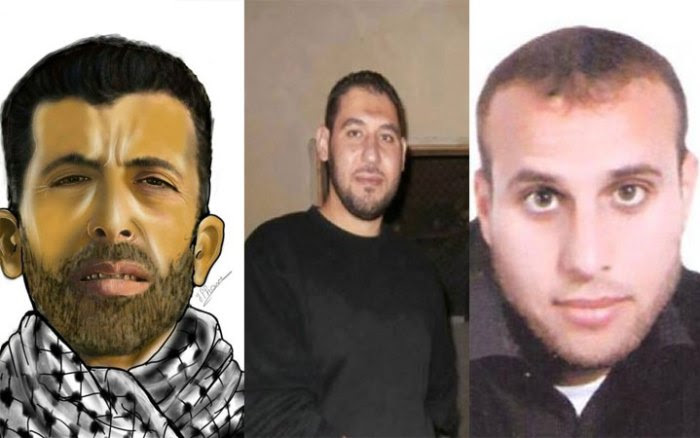 Palestinian prisoner Sami Janazrah, on hunger strike for 55 days, has been removed from Soroka hospital and returned to the isolation cells in the Israeli Ketziot prison in the Naqab desert as of Tuesday, 26 April.
Janazrah, 43, a Palestinian refugee from Iraq al-Manshiyya living in al-Fuwwar camp near al-Khalil, has been held without charge or trial under administrative detention by the Israeli occupation since 15 November 2015. He launched his hunger strike on 3 March 2016, demanding his release; throughout that time, he has been held in solitary confinement. He was moved to the hospital after he suffered a head injury after fainting while being transferred to the isolation cells in Ela prison. Despite significant weight loss, constant pains and fainting spells after 55 days of hunger strike, he is now being denied medical care and oversight and has been returned to solitary confinement.
Janazrah and his wife have three children, Firas (13), Mahmoud (10) and Maria (4). He participated in the first intifada as a youth and the second intifada, and was spent seven years in Israeli prisons during multiple arrests. He was previously the secretary of Fateh in al-Fuwwar and an active Fateh youth member; he organized a solidarity tent in support of Samer Issawi during his lengthy hunger strike in 2013, until Issawi’s strike ended.
Two more Palestinians held without charge or trial under administrative detention are also on hunger strike; Fouad Assi and Adib Mafarjah, both held in solitary confinement in Ela prison. Assi and Mafarjah have been on hunger strike since 4 April – they are demanding their release from Israeli administrative detention.
Nearly 750 Palestinians are held without charge or trial under administrative detention, of 7,000 total Palestinian political prisoners.
Posted by maoistroad at 12:08 AM