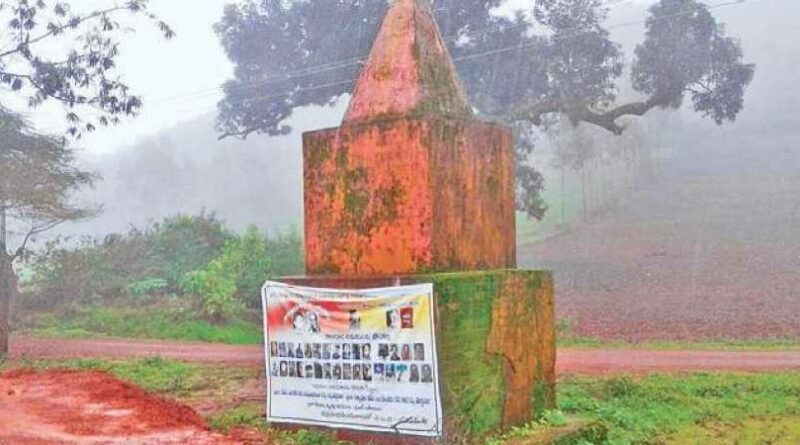 VISAKHAPATNAM: The CPI (Maoist) gave a call to the public to observe martyrs week from July 28 to August 3 in Andhra Odisha Border (AOB). East Division Committee secretary Aruna in a press release requested the people to celebrate Charu Mazumdar’s birthday and pay grand tributes to all martyrs who laid their lives in the people’s movement.
The Naxal leader Aruna said that 16 Maoists were killed in AOB in the last one year from July 2019 to  the present date. Six Naxals -Sweta, Somla, Mangu, Dhannu, Sujatha and Santi and an innocent school student were killed at Tiria on July 27 of last year. Commandar Rakesh was killed at Dabaguda on August 28.
Five Naxals Ramesh, Vimala, Budri, Bhumal and Vijay were killed at Kondajartha incident on September 27 and cops captured a village committee leader Chinna Rao of Ranginiguda in Pedabayalu when he was at weekly market and killed him on September 13. Two naxals Nagesh and Admal of MKVB division were killed in 2020. She said the East Division would continue to fight for the people’s rights and support the people’s movements.
Posted by maoistroad at 2:46 AM