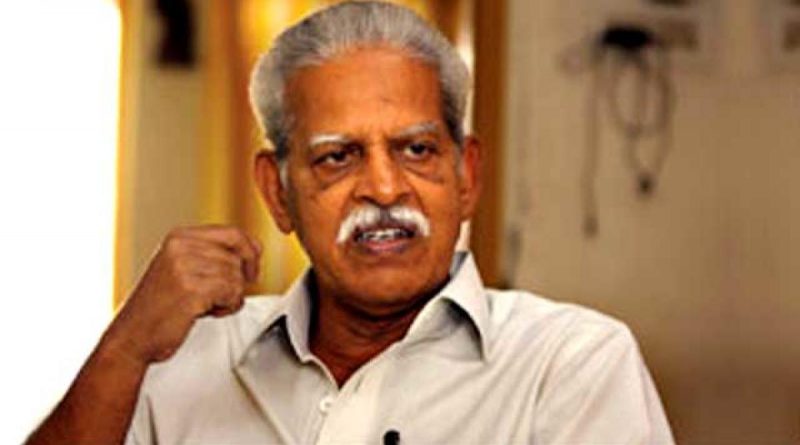 I
MUMBAI: Telugu poet and founder of Revolutionary Writers’ Association, Varavara Rao’s (79) health condition has turned critical. Prison officials at Taloja jail in Mumbai informed his wife P. Hemalata Rao over a phone call about his health condition.
He is being treated at a hospital, prison officials informed.
Varavara Rao has been suffering from health issues for some time. Earlier, on May 30, after Rao fell unconscious in Taloja jail, he was admitted at JJ Hospital in Mumbai.
Rao was arrested in connection with the Bhima Koregaon violence case.
A few days ago, a court dismissed a petition filed by his lawyers. As the National Investigation Agency (NIA) has objected to granting bail to Varavara Rao as he is a key accused in the Bhima Koregaon case, the court rejected the petition.
Varavara Rao, who was arrested in November 2018 on charges of conspiracy to assassinate Prime Minister Narendra Modi, was first shifted to the Yerawada Central Prison in Pune. In February 2019, he was shifted from Yerawada prison to Taloja Prison in Mumbai.
Recently, the Maharashtra government has confirmed that one person has died of COVID-19 in Taloja Prison.
Following which, Varavara Rao’s daughters have recently written letters to the Maharashtra government, the Governor and the Chief Justice of the High Court demanding the release of their elderly father from prison in view of COVID-19 spread.
Posted by maoistroad at 8:17 AM