Revolutionary Writer’s Association: Letter for release of Saibaba, Varavara Rao and other Intellectuals 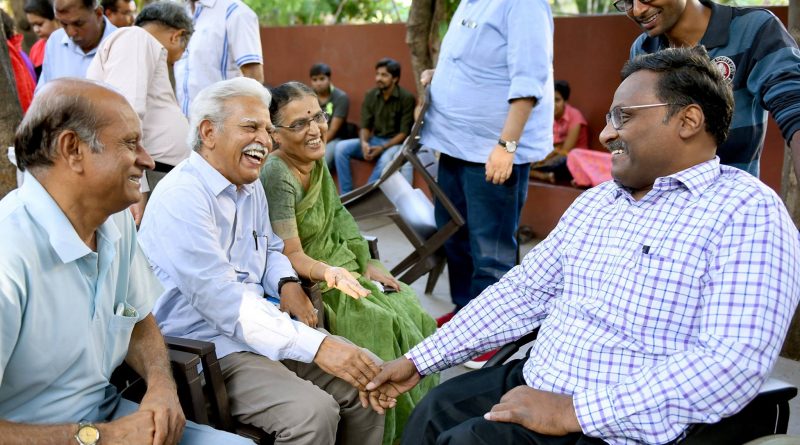 Give an assurance for the Release of Prof. Saibaba, Varavara Rao and other Intellectuals and for the safe guard of Peoples Democratic Rights
An Appeal from Poets, Writers, Artists, Journalists, Intellectuals and Different Democratic Organisations
The gradual shrinking of democratic space day by day, the voice of the people and the intellectuals being muffled is distressing us a lot. Prof. G. N. Saibaba, a social activist, with 90% disabled body and 19 severe ailments is denied of the needed medical aid and his appeal for medical bail is rejected. Saibaba who was voicing for thousands of adivasis kept under imprisonment, far from any legal aid and about their rightful struggles, was sentenced to life imprisonment by Gadchiroli court, a year back. But his appeal against it in High Court is yet to be heard. Many national, and international human rights organisations, including United Nations Human Rights Commission, and Intellectuals all over the world appealed for his unconditional release. But all the appeals fell on deaf ears. Moreover it is pathetic that the court says that there is no danger to his life and he is getting medical aid regularly, while the medical reports and his health conditions appear contrary.

If that is the most inhuman treatment meted out by the wheeled chaired Professor, we are shocked to learn of the incarceration of 79 year old VaravaRao, a well-known Telugu writer, and activist and the voice of the voiceless on charges of criminal conspiracy to assassinate the Prime Minister. We can’t imagine the telugu literary and intellectual areas along with peoples movements and movements for democratic rights without his contribution since 50 years. The pity is that VaravaraRao, who met many politicians with an appeal for the release of Prof. Saibaba, himself is jailed.
Even the same fate struck to another intellectual, a lawyer, Surendra Gadling, who has been representing the Professor in Courts. Another seven intellectuals, who demanded the release of the Professor are in jails now. All these intellectuals are the rights activists fighting for the cause of the dalits, women and adivasis. All these actions are nothing but strangling the voices, which demand justice.
It appears that the Conspiracy theory suits to the Police rather than the intellectuals, imprisoned. At first they were charged with the their involvement in the Bhima Koregaon riots. When that appeared ludicrous, the charges were reframed and the intellectuals were charged with the conspiracy. For that the police created false and fake letters to support their theory. All politicians of many hues, including Rahul Gandhi, and some of the retired police officers, judges openly condemned these false allegations. The more heinous act of the machinery is that they were arrested under the draconian UAPA. These nine intellectuals, who are jailed, are theVoiceof the voiceless. Thus by muffling their voices the government is denying them their fundamental Right of Expression. It is nothing but strangling the voices of crores of Women, Dalits, Muslims and Adivasis. It is not only the above mentioned intellectuals, but thousands of Adivasis,Dalits and Muslims have been languishing in jails for decades without trial.
Inregard of Prof. Saibaba and VaravaraRao, they belong to our telugu society and have been active in public life for decades. VaravaraRao, who is in Pune jail now is 79 years old and needs constant medical attention. Saibaba, the wheeled chaired professor with umpteen diseases needs constant medical care, which is denied in Nagpur Anda cell . We are very much worried about the condition of both.
It is not these specific cases that panic all peace loving people. It is the atmosphere of fear and terror prevalent in the present society in which the intellectuals are being threatened, attacked and also being for their dissenting voices. Violence on Dalits and minorities has grown specifically in the recent years. This atmosphere of fear and panic is not good to democracy and is against the spirit of our constitution.
As candidates to be elected as people’s representatives under the oath of our constitution, we need not say that it is your bounden duty to safe guard democracy and rule of law and see that all institutions including the police, abide by the constitutional values both in action and spirit. For democracy to survive it is essential that the Right to expression, dissent is honoured. Once the voice of dissent is strangled, there is no chance for democracy to survive.
For you and your political parties the guiding spirit and light is Indian Constitution. The Congress party already promised to repeal the sedition law. More over when the basic fundamental Rights are curtailed, no amount of your proposed welfare measures and development programs can safeguard the democracy. It leads to chaos.
Hence, we request all contesting political parties to put your policies on safeguarding the democratic rights in public and give a clear assurance to the people.
We appeal you to strive for an impartial and just enquiry in the above cases and see that Prof. Saibaba, VaravaraRao and others are granted bail immediately.
April 10, 2019
Revolutionary Writer’s Association
Posted by maoistroad at 4:41 AM