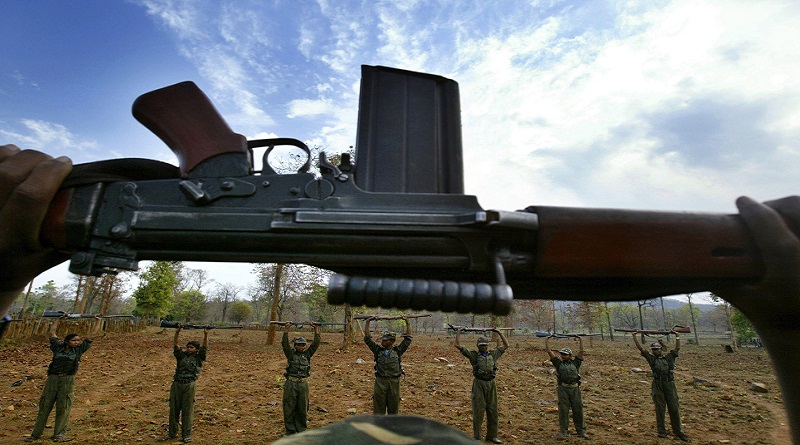 Azaad, spokesperson for the CPI (Maoist)’s Bihar-Jharkhand Special Area Committee, speaks to TOI’s Jaideep Deogharia on a wide range of issues. Excerpts:
Q. The government says your party is on the back foot and is confined to a few districts in Jharkhand. In such a situation, how do you plan to execute your call for the boycott of the Lok Sabha polls?
A. It is true that we have suffered setbacks militarily. Many leaders, including Sudhakar Reddy (central committee member), have surrendered. But our cadres have unflinching faith in our ideology. They know we will not anything from these elections. People, in general, know they haven’t got anything from successive governments. Manmohan Singh described us as the single largest internal threat. People elected BJP to power, but suffered more. These are the reasons why our boycott call will evoke a good response.
Q. Don’t you think such a programme will deprive people of the right to choose a right government?
A. What have people got so far? Hospitals don’t have doctors. Schools are without teachers. Pollution, droughts and unemployment are always on the rise. The government is focussing only on road construction and setting up security camps to facilitate extraction and transportation of minerals.
Q. Will you punish people if they ignore your boycott call?
A. No, we live and work with them. This is the season for collecting Mahua and other forest produce and they will not waste their time standing in queues outside polling booths.
Q. Last time too, you had asked people to stay away from voting. Even after this, the voters’ turnout was impressive in your own areas.
A. One has to understand the how poll percentages are worked out. Officials of the local administration and the Election Commission, who work as agents of the country’s imperialist and capitalist government, inflate poll figures. Security personnel force villagers to go to polling booths and after a few rounds of genuine voting, polling officials cast votes themselves to inflate the poll percentage. It will be clear if you calculate how much time each voter takes to cast his or her vote. In areas where we have a significant presence, voting ends by 3 pm. If one person takes two minutes to cast a vote, it will take 30 people one hour to exercise their franchise. This means, in eight hours, only 240 people can vote. What happens when a booth has close 1,000 votes?
Q. What kind of measures you have taken to keep people away from voting?
A. Until now, we have distributed posters and banners. All this can be seen in in Bundu, Ranchi, Parasnath, Dumka, Lohardaga, Latehar, Palamu, Garhwa blocks of West Singhbhum and several pockets of Bihar’s Gaya, Aurangabad, Jehanabad and other places.
Q. It is often said that Maoist commanders ask people whom to vote a day before polling. How true is it?
A. This is partially correct. Sometimes, area committee commanders who are not ideologically and mentally strong fall prey to the enticements of candidates, they do so without the party’s sanction. They do it to earn quick money. After every election, we identify such swindlers and punish them in jan adalats.
Posted by maoistroad at 7:53 AM