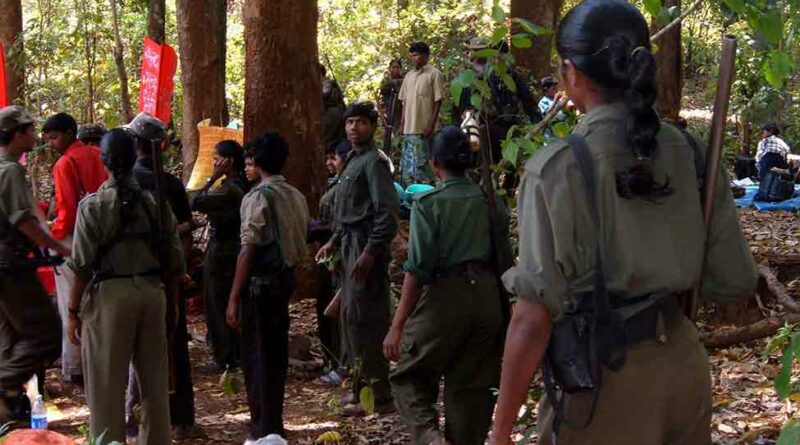 India People's War
Kothagudem: The CPI (Maoist) has revealed the identity of their cadre killed in an encounter with police in the district on Thursday and described the encounter as fake. In a statement here on Friday, the party Bhadradri Kothagudem-East Godavari (BK-EG) Divisional Committee secretary Azad stated that the murdered cadre was Dudi Devalu alias Shanker of Arlapalli village in Konta area in Sukma district in Chhattisgarh state.
Shanker joined the Maoists in the year 2013, was transferred to Telangana dalam and rose to the level of an Area Committee Member (ACM) and Commander. He was shot dead by the police after arresting him on September 3, when he went to a hospital for treatment of an ailment. He was tortured before killing him in the forests of Devarlagudem -Dubbugudem in Gundala mandal, the statement alleged. The police have been arresting large numbers of CPI (Maoist) activists, torturing them and jailing them, Azad alleged.
Telangana Police have been carrying out a false campaign in the disguise of Adivasi Sanghalu and Telangana Parirakshana, describing the Maoists as anti-development. But the people know well that feudal minded rulers and capitalist forces were the true enemies of development, he maintained. Azad appealed to the people in Bhadradri Kothagudem and Mahabubabad districts in Telangana and East Godavari in Andhra Pradesh to observe one-day bandh on September 6 in protest against the killing of Shanker by the police.


Body handed over to family members

Meanwhile, the family members of the deceased Maoist cadre Shanker have arrived here on Friday from Chhattisgarh to take his body to their native place for conducting last rites. The dead body was handed over to them after they identified it, police said.
The Superintendent of Police Sunil Dutt also confirmed that the deceased Maoist was Davalu alias Shanker of Chhattisgarh. He was serving as the protection guard commander for the Maoist leader Haribhushan and as area committee member.
Posted by maoistroad at 12:01 AM