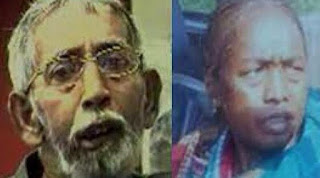 Seraikela-Kharsawan District, November 16, 2021: The CPI (Maoist) have called for a Bharat Bandh on November 20 and announced to observe ‘Pratirodh Divas’ from November 15 to November 19 in protest against the arrest of the Maoist party’s politburo member Prashant Bose alias Kishan Da and his wife Sheela Marandi.

In a press statement released by Comrade Sanket, the spokesperson of the Eastern Regional Bureau of CPI (Maoist) on Monday, the party claimed that Bose and his wife, Sheela Marandi, were arrested while they were on their way to get medical attention. Bose as well as Sheela suffer from age related health problems, and they should be released on medical grounds, the communique further stated.

The word ‘Pratirodh’, used in Bangla as well as Hindi, translates to resistance in English. The CPI (Maoist) have sought support of human rights organizations and other non-political organizations to join a mass movement demanding the release of Bose and his wife.

Bose was one of the founding-members of the Maoist Communist Centre of India (MCCI), which had merged with the Communist Party of India (Marxist–Leninist) People’s War (People’s War Group) on September 21, 2004 to form the CPI (Maoist).

Bose and his wife were arrested on November 12 at Kandra locality of Seraikela-Kharsawan district in a joint operation of the state police and Central Reserve Police Force (CRPF). Four more cadres of the CPI (Maoist) were also arrested in the operation.

However, police did not produce Bose before the media, claiming that the Maoist leader has one of the sharpest brains in the CPI (Maoist) and allowing him to communicate with the public may not be a good idea.