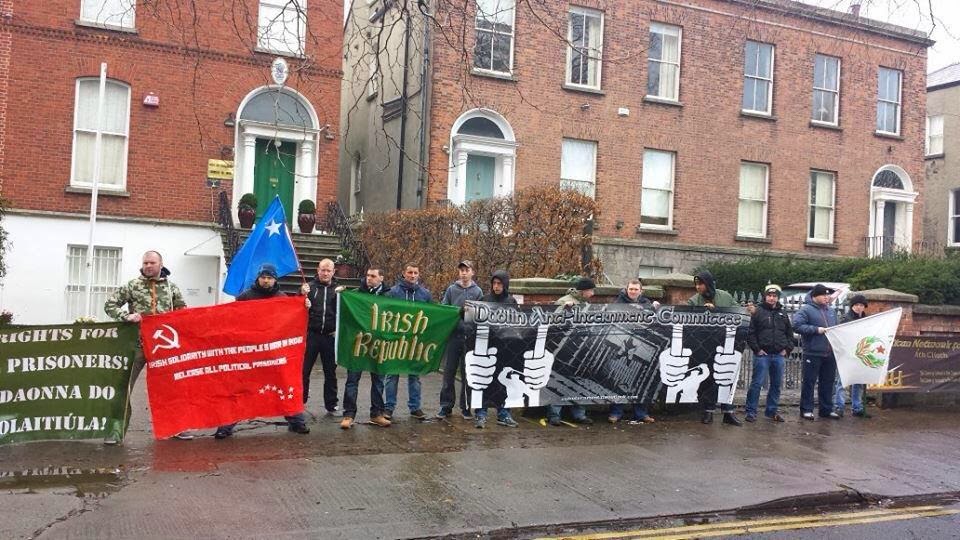 Ireland marked the International Day of Solidarity and Struggle with political prisoners in India in fraternal comradeship today.
At the Indian Embassy in Dublin members of The Irish Republican Socialist Party, Republican Network for Unity, 1916 Societies, Sinn Féin Poblachtach (Republican Sinn Féin) Cumann Seain Mhic Eachaidh, The Dublin Anti-internment committee, Independent Republicans, anti imperialist activists with Maoist activists joined comrades around the world in protest against the Indian Government and in solidarity with the People of India to support the People's war in India 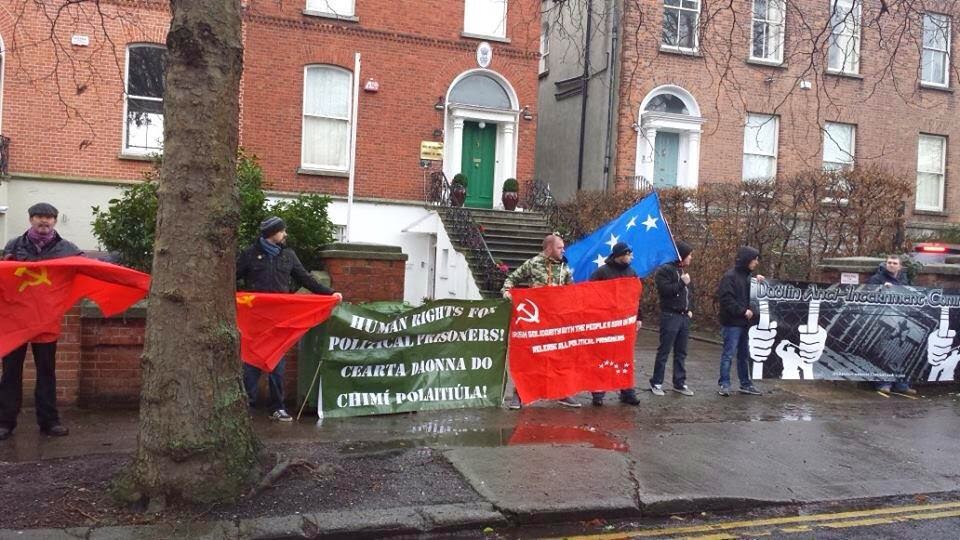 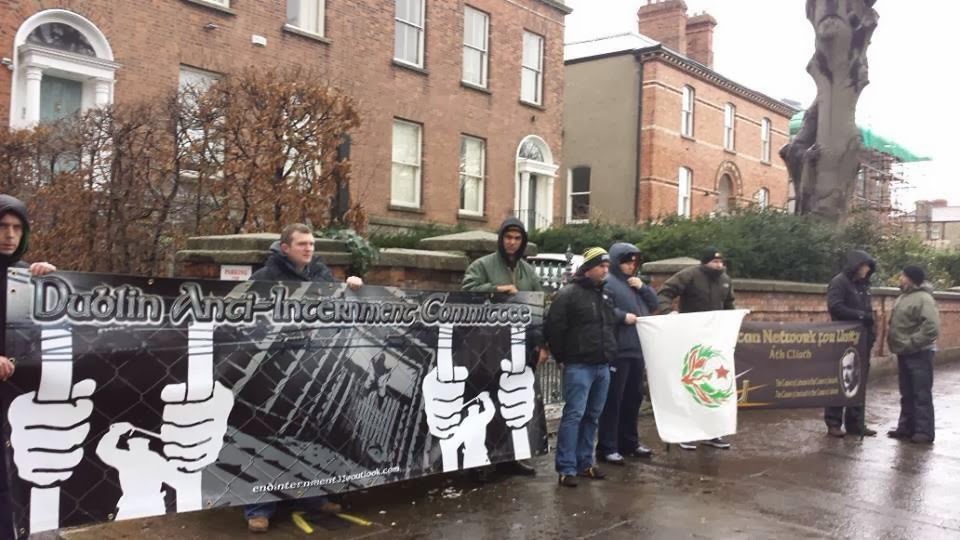 A letter of protest was forwarded to the Indian Embassy in Dublin from the People of Ireland demanding that the Indian Government:
Recall all draconian legislation against the people
End Operation Green Hunt
and for,
The immediate unconditional release of People's war activist POW's in India.

A statement was delivered on behalf of all Irish Republican Socialists by Stephen Cummins of Dublin IRSM demanding the same and in solidarity with our oppressed comrades.

A Red Maoist Banner made by Cumann Seain Mhic Eachaidh POWs in Port Laoise Gaol was displayed proudly alongside the the insignia, banners and flags of all gathered comrades.

Today's success was evidenced by the spirit of comradeship exhibited by those in attendance. We pay tribute to all our comrades there who have proven through compassion comradeship and international solidarity that we are equal in struggle and unbreakable in fraternal respect.

We hope our imprisoned comrades in India receive the news of our protest and that in their cells at night and through their most grueling torments they know forever the heart of Ireland beats for their liberation and our own. 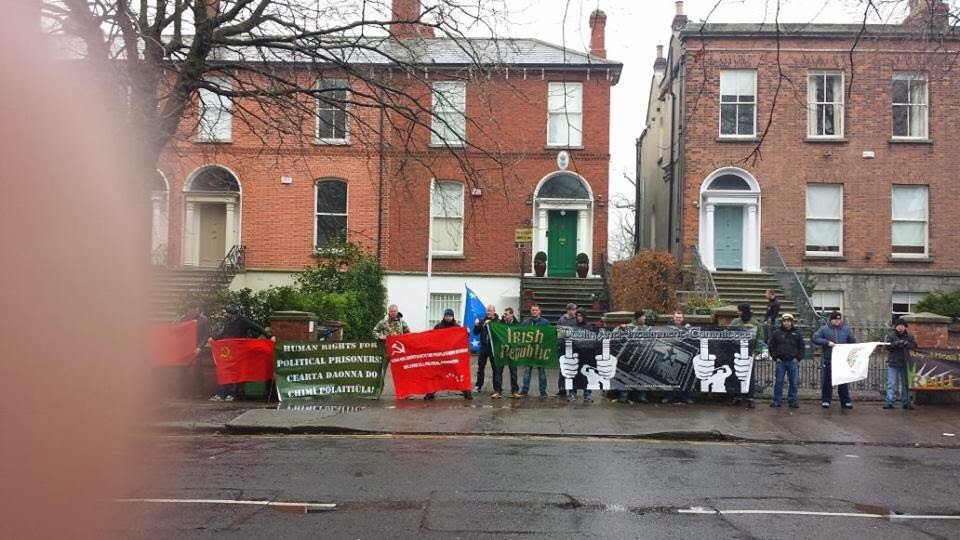 The Letter handed in ::

The People of Ireland
To the Government of India

To whom it may concern,

In the fullest knowledge and in absolute horror of what your government has been perpetrating upon the innocent working people of India we hereby demand an immediate end to operation Green Hunt.

We demand an immediate end to your Government's war against the People of India and an end to the militarization of India by the Government.

We demand your Government recalls AFSPA, UAPA and all draconian legislation and the immediate and unconditional release of all Political Hostages.

The people of Ireland will not allow these outrages continue unopposed it is in the interest of all the worlds people and in your duty of care to the people you do all in your power to meet these demands forthwith.